Mikrolimano in Attica, Greece is also known as Mounychia Port, and is third and smallest port of Piraeus, which has undergone multiple name changes throughout history. Formerly known as Tourkolimano, it has also been called Koumoundouros Port or "The Lantern".  The ancient Athenians used it as a military harbour, but Mikrolimano is known today for its many fine seafood restaurants and its picturesque moorings for the pleasure boats of the locals. 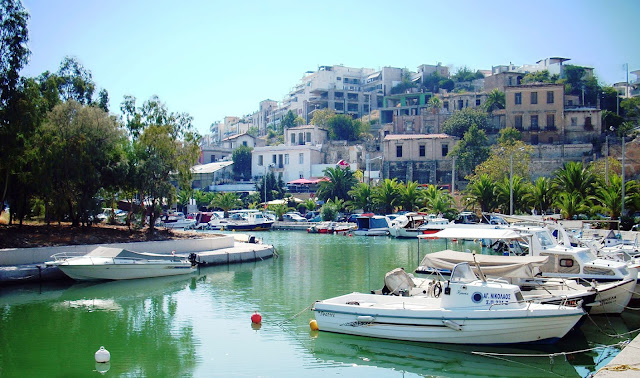