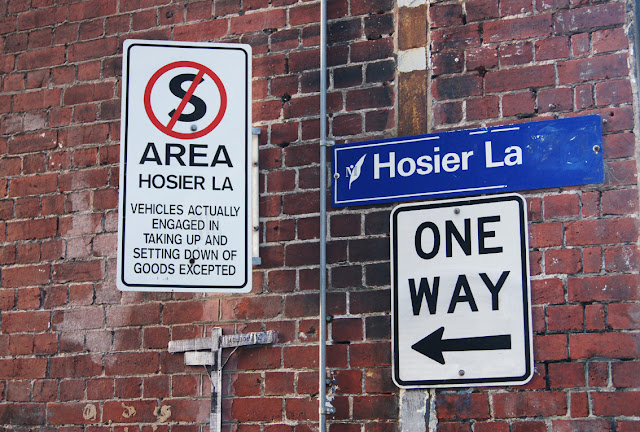 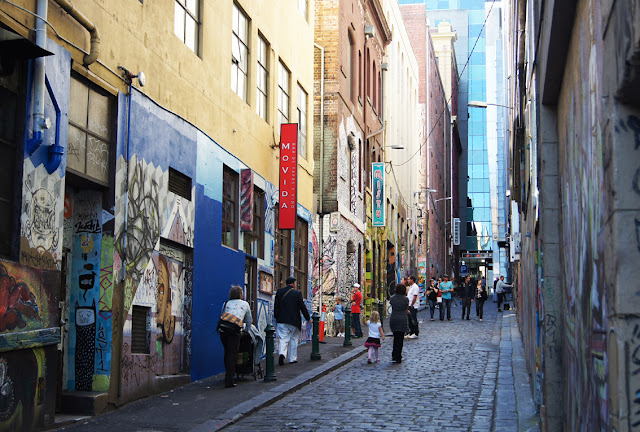 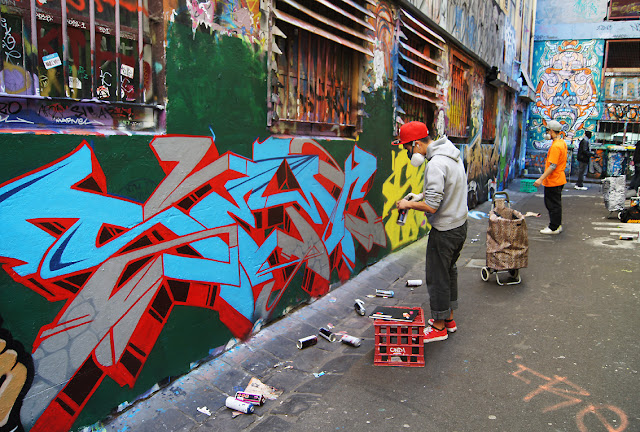 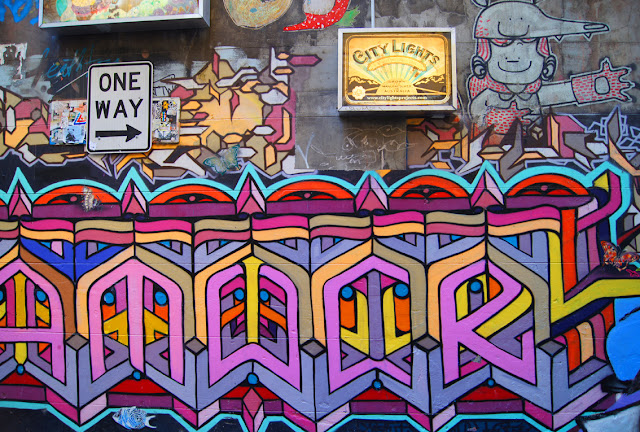 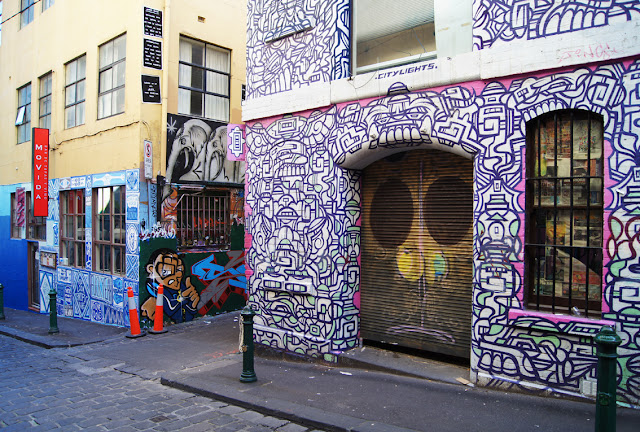 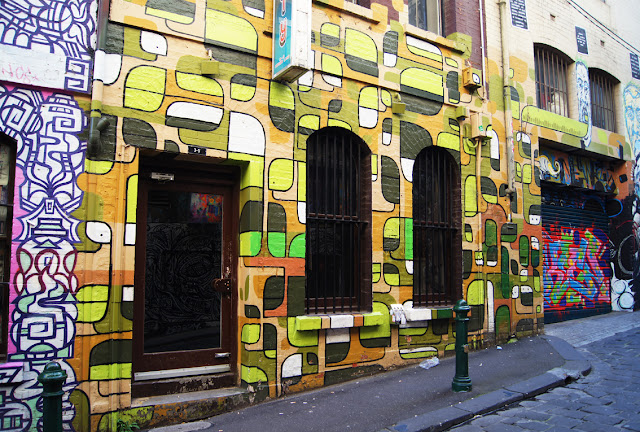 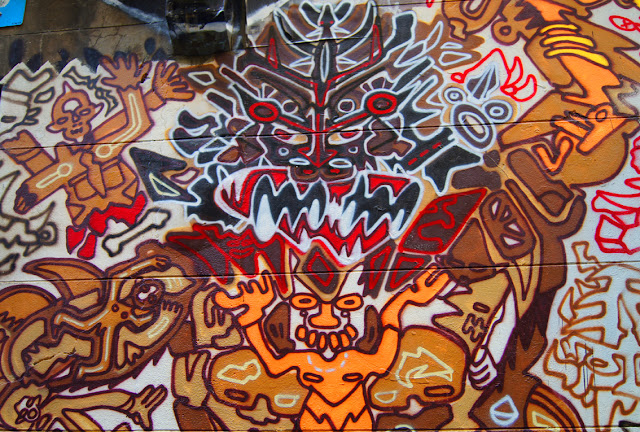 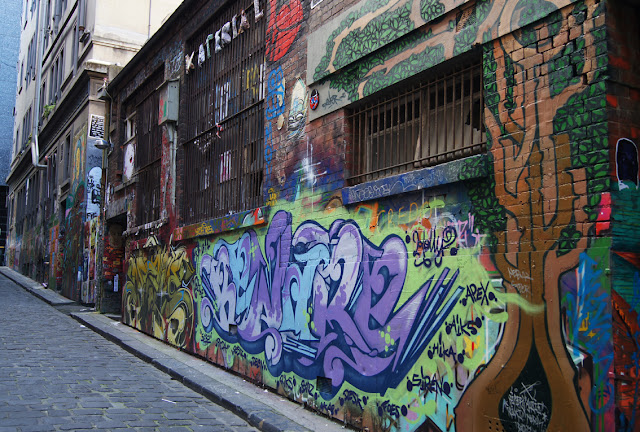 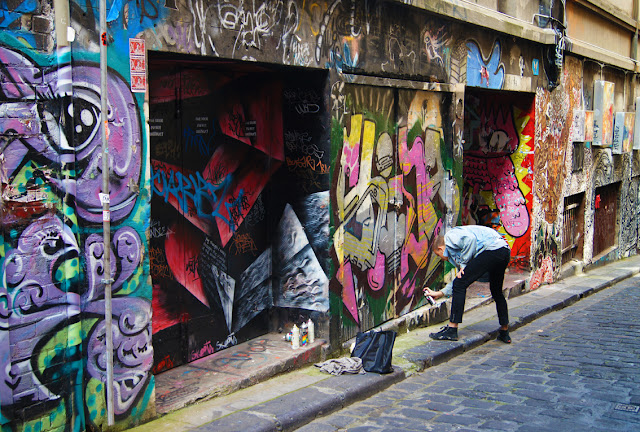 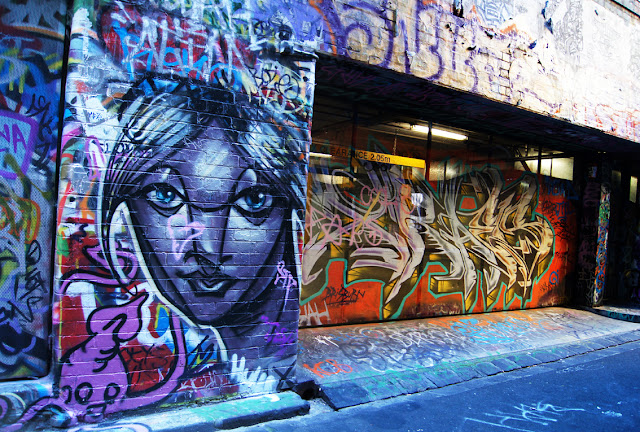 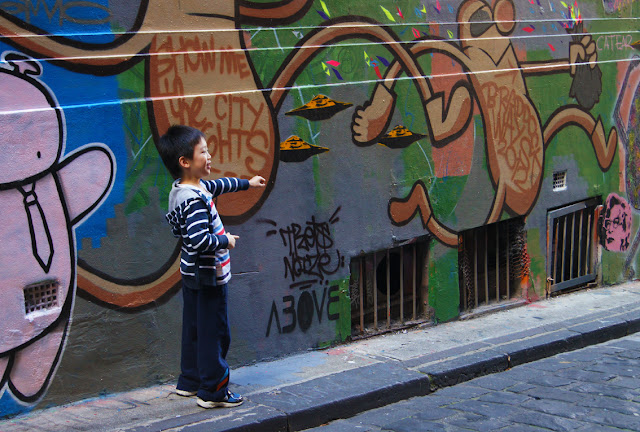 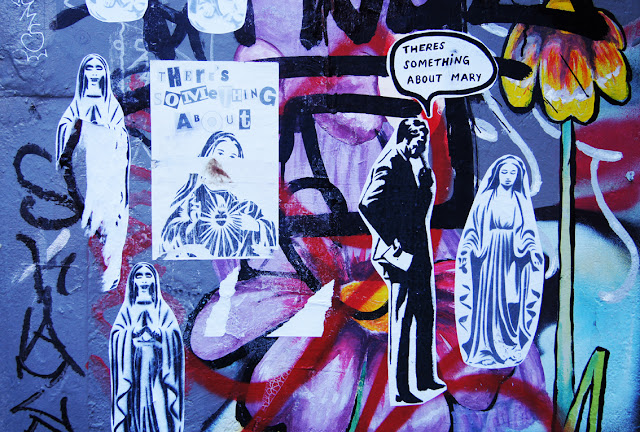 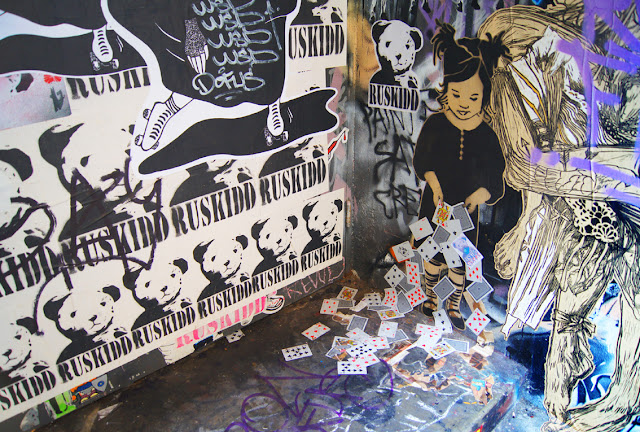 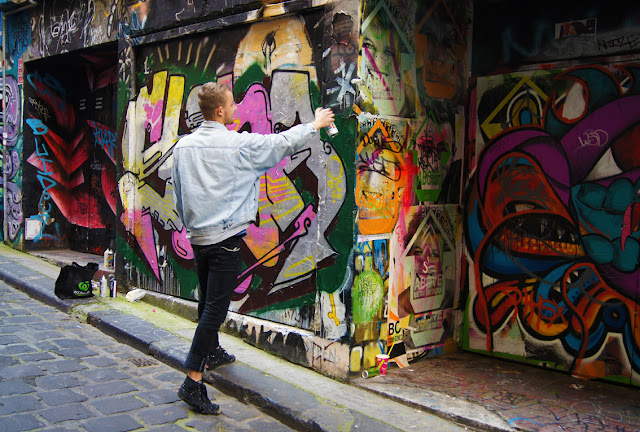 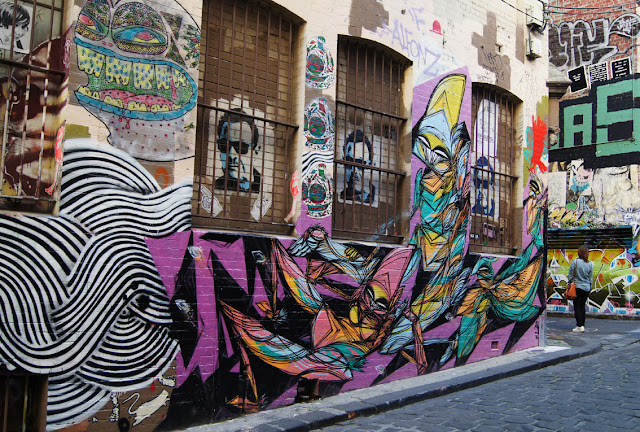 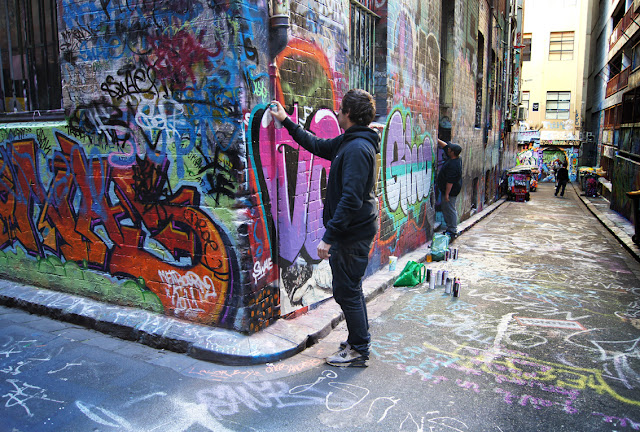 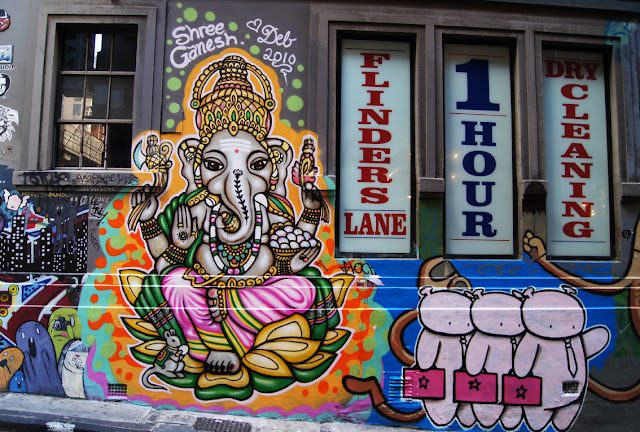 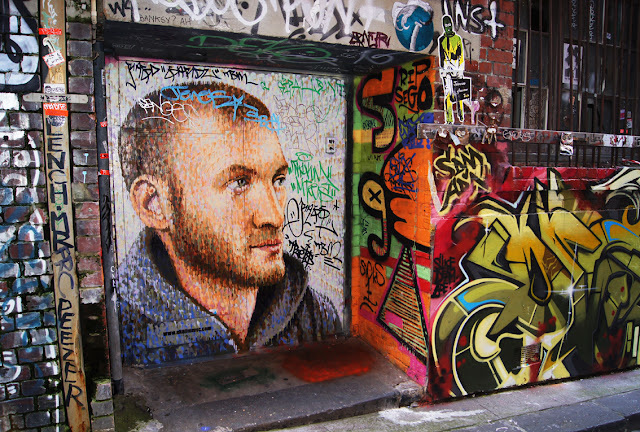 For me personally, this image exemplifies the difference between art and vandalism. This graffiti (self?) portrait, is art; but the graffiti scrawl that defaces it, is vandalism...
Posted by Melbourne Australia Photos at 21:35:00 6 comments: