Narcissus jonquilla (jonquil, rush daffodil) is a bulbous flowering plant, a species of Narcissus (daffodil) that is native to Spain and Portugal, but has now become naturalised in many other regions: France, Italy, Greece, Turkey, the former Yugoslavia, Madeira, British Columbia, Utah, Illinois, Ohio, and the southeastern United States from Texas to Maryland.

Narcissus jonquilla bears long, narrow, rush-like leaves (hence the name "jonquil", Spanish junquillo, from the Latin juncus = "rush"). In spring it bears heads of up to five scented yellow or white flowers. It is a parent of numerous varieties within Division 7 of the horticultural classification. Division 7 in the Royal Horticultural Society classification of Narcissus includes N. jonquilla and N. apodanthus hybrids and cultivars that show clear characteristics of those two species.

N. jonquilla has been cultivated since the 18th century in France as the strongest of the Narcissus species used in Narcissus Oil, a component of many modern perfumes. 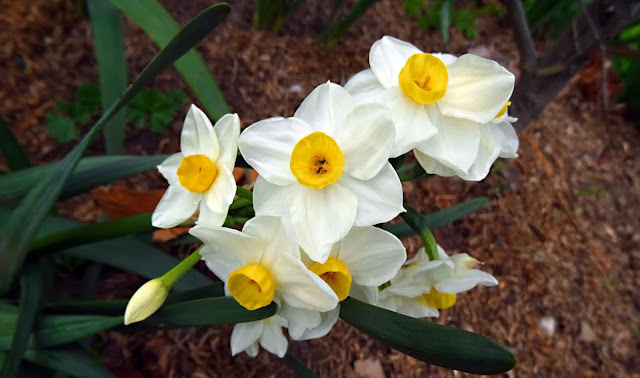 Posted by Melbourne Australia Photos at 05:39:00 No comments:

Chaenomeles japonica is a species of Japanese Quince in the Rosaceae family. It is a thorny deciduous shrub that is commonly cultivated. It is shorter than another commonly cultivated species C. speciosa, growing to only about 1 m in height. The fruit is called Kusa-boke (草木瓜) in Japanese. Chaenomeles japonica is also popularly grown in bonsai.
It is best known for its colourful spring flowers of red, white or pink. It produces apple-shaped fruit that are a golden-yellow colour containing red-brown seeds. The fruit is edible, but hard and astringent-tasting, unless bletted. The fruit is occasionally used in jelly and pie making as an inferior substitute for its cousin, the true quince, Cydonia oblonga.
This post is part of the Floral Friday Fotos meme. 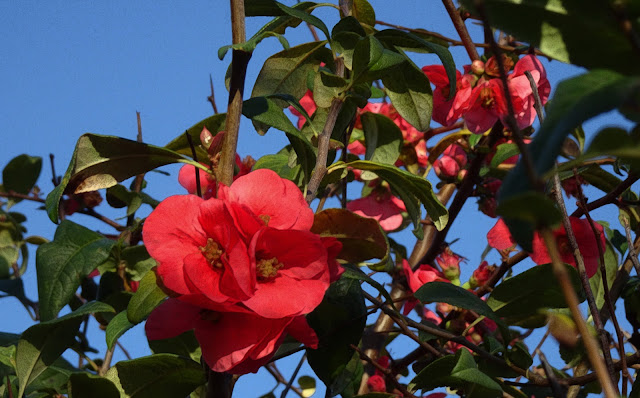 Posted by Melbourne Australia Photos at 06:16:00 No comments:

Salvia azurea, the azure blue sage, azure sage, blue sage or prairie sage, is a herbaceous perennial in the genus Salvia, family Lamiaceae, that is native to Central and Eastern North America. Its thin, upright stems can grow to 1.8 m tall, with narrow, pointed, smooth-edged to serrated, furry to smooth green leaves, connected to their stems by petioles to 1.0 cm long. There are no basal leaves.

The blue (rarely white), flowers  nearly 6.4 to 12.7 mm long, appear summer to autumn near the ends of their branched or unbranched spikes; their calyxes are tubular or bell-shaped and furry. Two varieties are Salvia azurea var. azurea (azure sage) and Salvia azurea var. grandiflora (pitcher sage). It is found on the wild on roadsides, glades, fields and pastures. 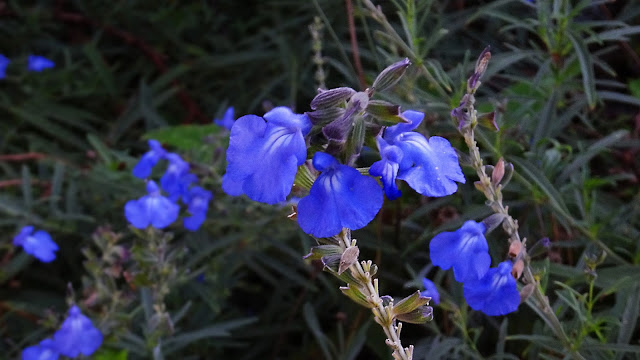 Posted by Melbourne Australia Photos at 05:58:00 No comments:

Petrea is a genus of evergreen flowering vines native to Mexico and Central America. They have rough-textured leaves, hence the common name "sandpaper vine". It looks somewhat similar to a tropical Wisteria. 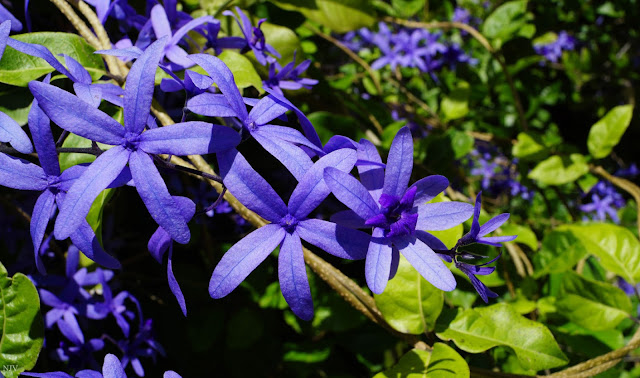 Posted by Melbourne Australia Photos at 05:51:00 No comments: