Geum commonly called avens, is a genus of about 50 species of rhizomatous perennial herbaceous plants in the Rosaceae family, widespread across Europe, Asia, North and South America, Africa, and New Zealand. They are closely related to Potentilla and Fragaria.
From a basal rosette of leaves, they produce flowers on wiry stalks, in shades of white, red, yellow, and orange, in midsummer. Geum species are evergreen except where winter temperatures drop below −18 °C. Geum species are used as food plants by the larvae of some Lepidoptera species including the grizzled skipper.
The cultivars 'Lady Stratheden' (shown here), and 'Mrs J. Bradshaw' have gained the Royal Horticultural Society's Award of Garden Merit.
This post is part of the Floral Friday Fotos meme. 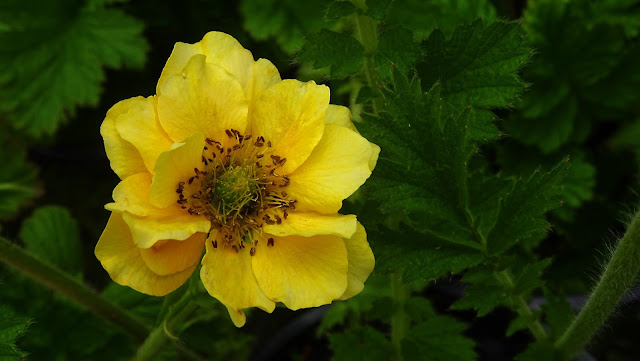 Posted by Melbourne Australia Photos at 04:14:00 No comments: 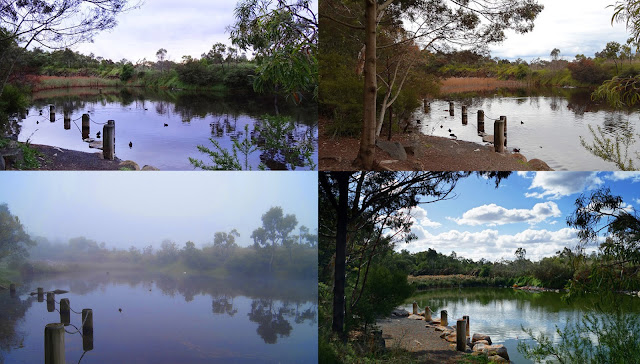 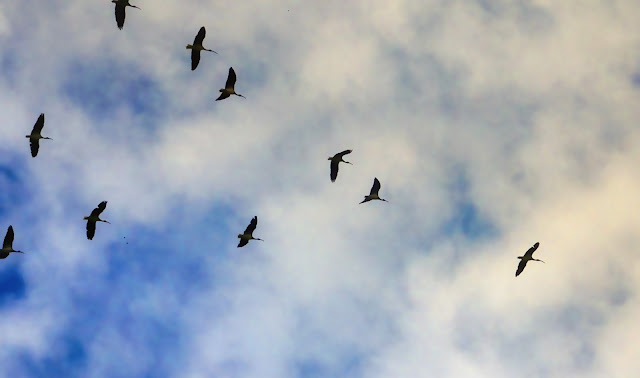 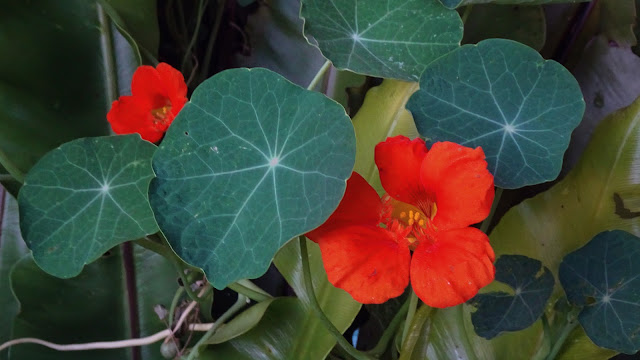 Oregano (Origanum vulgare) is a common species of Origanum, a genus of the Lamiaceae (mint) family. It is native to temperate western and southwestern Eurasia and the Mediterranean region. Oregano is a perennial herb, growing from 20–80 cm tall, with opposite leaves 1–4 cm long. Oregano will grow in a pH range between 6.0 (mildly acidic) and 9.0 (strongly alkaline), with a preferred range between 6.0 and 8.0. It is sometimes called wild marjoram, and its close relative Origanum majorana is known as sweet marjoram.
The flowers are purple, 3–4 mm long, produced in erect spikes.  It has spade-shaped, olive-green leaves. It is a perennial, although it is grown as an annual in colder climates, as it often does not survive the winter. Oregano is planted in early spring, the plants being spaced 30 cm apart in fairly dry soil, with full sun. It prefers a hot, relatively dry climate, but does well in other environments.
Many subspecies and strains of oregano have been developed by humans over centuries for their unique flavours or other characteristics. Tastes range from spicy or astringent to more complicated and sweet. Simple oregano sold in garden stores as Origanum vulgare may have a bland taste and larger, less dense leaves, and is not considered the best for culinary uses, with a taste less remarkable and pungent. It can pollinate other more sophisticated strains, but the offspring are rarely better in quality. The related species, Origanum onites (Greece, Turkey) and O. syriacum (West Asia), have similar flavours. Some varieties show a flavour intermediate between oregano and marjoram.
The ‘Greek Kaliteri’ cultivar is a small, hardy, dark, compact plant with thick, silvery-haired leaves, usually with purple undersides. It has an excellent reputation for flavour and pungency, as well as medicinal uses, with a strong, archetypal oregano flavour (in Greek i kaliteri means ‘the best’).
Oregano is an important culinary herb, used for the flavour of its leaves, which can be more flavourful when dried than fresh. It has an aromatic, warm, and slightly bitter taste, which can vary in intensity. Good-quality oregano may be strong enough almost to numb the tongue, but cultivars adapted to colder climates often have a lesser flavour. Factors such as climate, season, and soil composition may affect the aromatic oils present, and this effect may be greater than the differences between the various species of plants.
This post is part of the Floral Friday Fotos meme 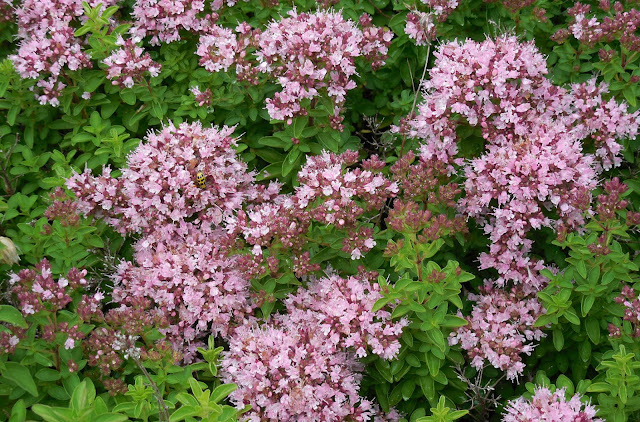 Kaysersberg is a commune in the Haut-Rhin department in Alsace in north-eastern France. The inhabitants are called Kaysersbergeois. The name means "Emperor's Mountain" in German. The high fortress that dominates the city serves as a reminder of both its strategic importance and its warlike past.

Kaysersberg was the birthplace of Albert Schweitzer (1875–1965), theologian, musician, philosopher, and physician. Together with the rest of Alsace-Lorraine, Kaysersberg was part of Germany during the period between the Franco-Prussian War and the First World War. Kaysersberg is one of the finest wine growing areas in Alsace. The first vines were brought here in the 16th century from Hungary, and wine production is still an important aspect of the town’s economy today. Wine produced from the Pinot gris variety is a local specialty.

We visited Kaysersberg in 1999 during an extended holiday in the Alsace-Lorraine region and we enjoyed the trip immensely. The photographs are original digital ones, but they have been taken with an early model Olympus digital camera so excuse the poorer quality. They are a wonderful reminder of our holiday there. 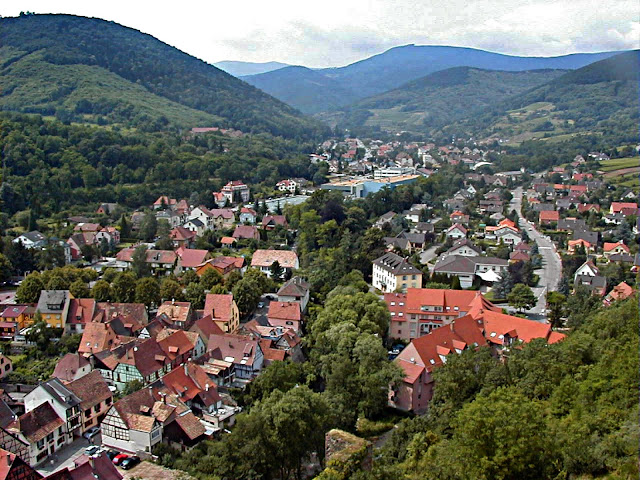 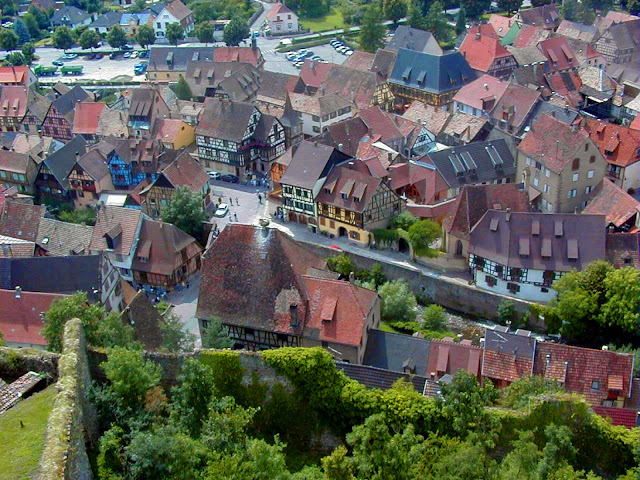 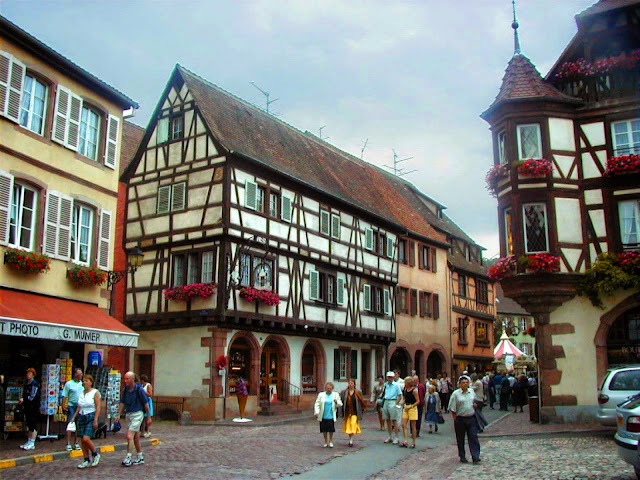 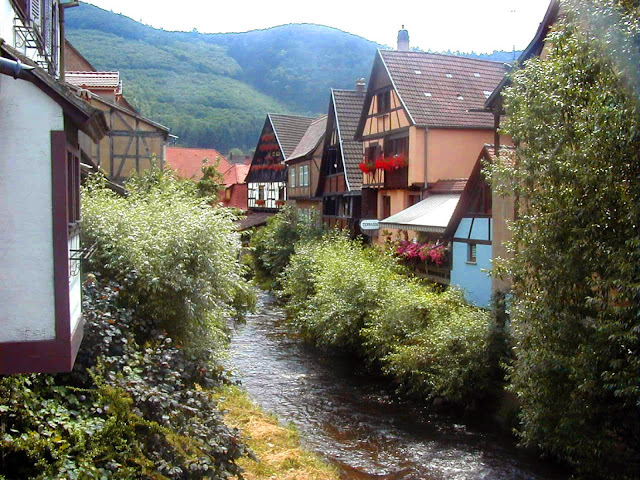 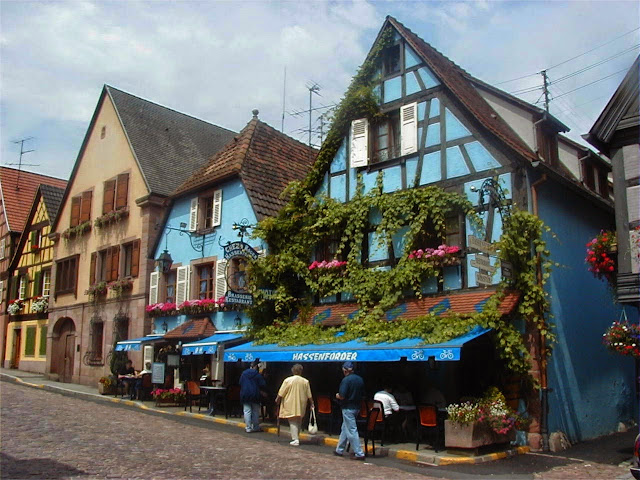 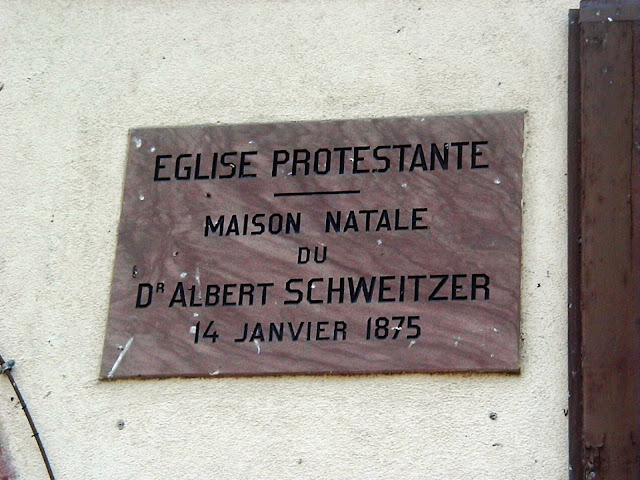 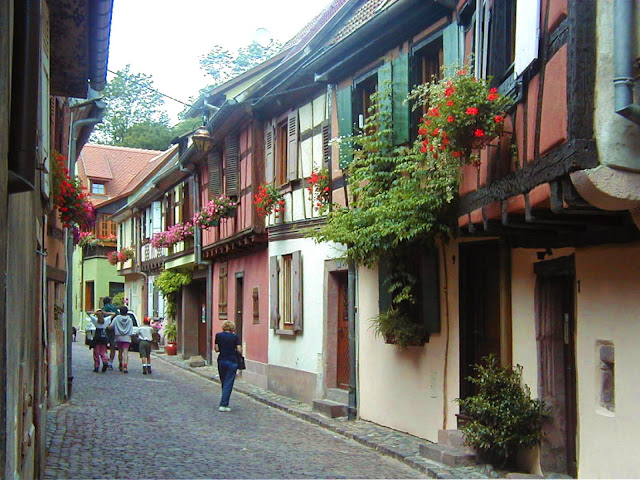 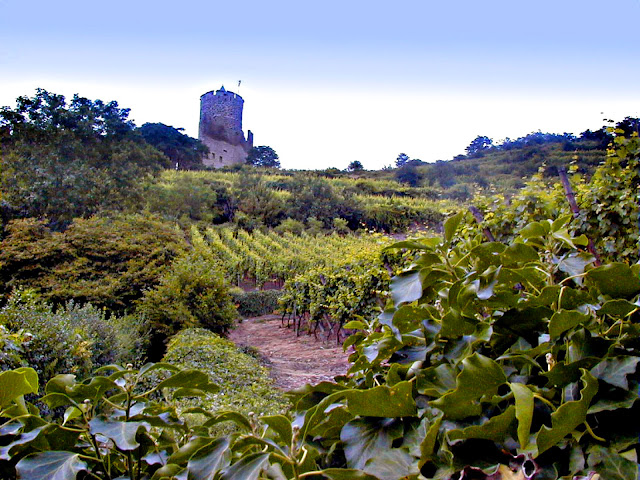 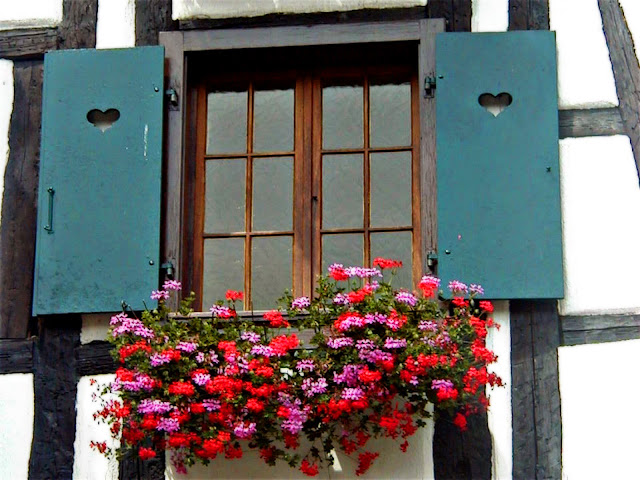 Turnera subulata is a species of flowering plant in the Passifloraceae family known by the common names white buttercup, sulphur alder, politician's flower, dark-eyed turnera, and white alder. Despite its names, it is not related to the buttercups or the alders. It is native to Central and South America, from Panama south to Brazil. It is well known in many other places as an introduced species, such as Malaysia, Indonesia, several other Pacific Islands, the Caribbean, and Florida in the United States. It is commonly cultivated as a garden flower.

This plant is a perennial herb growing from a thick taproot and woody stem base. It reaches a maximum height around 80 cm. The leaves are roughly oval in shape with toothed edges. The undersides are glandular and coated in white hairs. The upper surfaces may be somewhat hairy, as well. The leaves are up to 9 cm long. Flowers occur in the leaf axils, borne in calyces of hairy, glandular sepals. The petals are rounded to oval, the longest exceeding 3 cm. They are white or yellowish with darker bases. The dark patches at the bases are nectar guides. The centre of the flower is rough, said to feel like a cat's tongue. The fruit is a hairy capsule containing seeds with white arils. The seeds are dispersed by ants, who are likely attracted to their high lipid content.

This plant has uses in traditional medicine. It is used for skin, gastrointestinal, and respiratory ailments. In Brazil, the plant is made into cough syrup, and the roots are said to be good for dysmenorrhea. Laboratory tests showed it has some inhibitory activity against various fungi, such as Candida glabrata, Aspergillus flavus, A. niger, A. fumigatus, Penicillium chrysogenum, and Candida albicans. 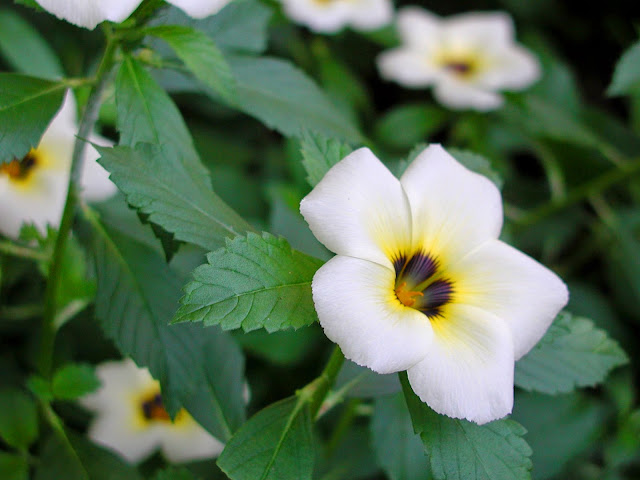