Clematis is a genus of about 300 species within the buttercup family Ranunculaceae. Their garden hybrids have been popular among gardeners, beginning with Clematis × jackmanii, a garden standby since 1862; more hybrid cultivars are being produced constantly. They are mainly of Chinese and Japanese origin. They're very popular in gardens with stunning large flowers.
Most species are climbing and look beautiful trained up a trellis. They will grow best with cool moist roots and plenty of sun. They'll grow in most types of fertile soil. They are fairly easy to grow but are susceptible to various diseases and also to pests so they can be a little high maintenance. There are many different colour varieties, from white to lilac, pink and rich burgundy. The flowers are usually large and star shaped.
This variety, 'Etoile de Paris' was hybridised by Christen in 1885 and has large, showy blue flowers.
This post is part of the Floral Friday Fotos meme. 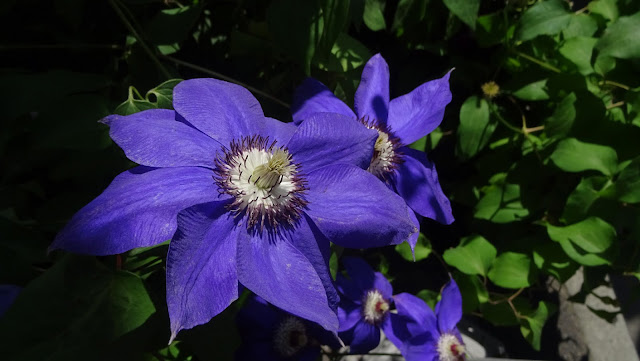 Malus is a genus of about 30–55 species of small deciduous apple trees or shrubs in the family Rosaceae, including the domesticated orchard apple (M. pumila). The other species are generally known as crabapples, crab apples, crabs, or wild apples. The genus is native to the temperate zone of the Northern Hemisphere.

Crabapples are popular as compact ornamental trees, providing blossom in Spring and colourful fruit in Autumn. The fruits often persist throughout Winter. Numerous hybrid cultivars have been selected, of which 'Evereste' and 'Red Sentinel' have gained The Royal Horticultural Society's Award of Garden Merit.

Crabapples are small and sour tasting, and visually resemble a small apple, particularly some apples known as the "Lady Apple", which is also known as Pomme d'Api, Lady's Finger, Wax Apple and Christmas Apple. The tree shown here is the hybrid Malus × scheideckeri 'Exzellenz Thiel'. 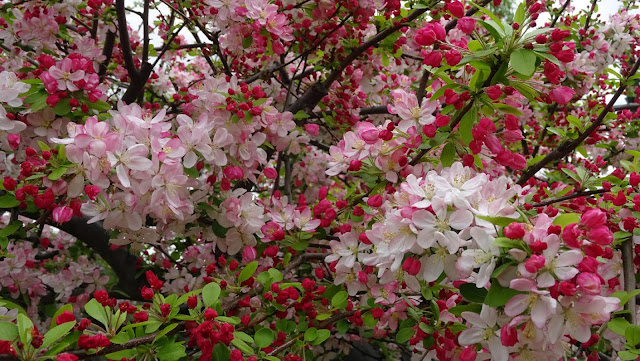 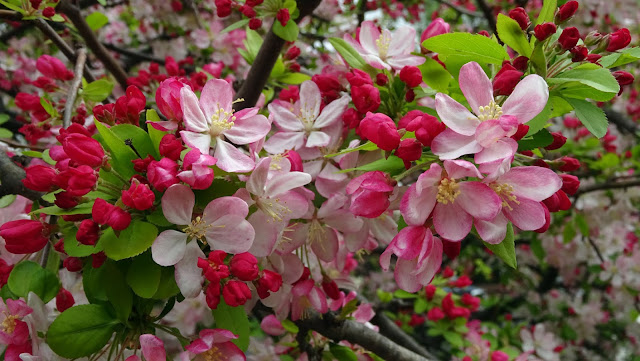 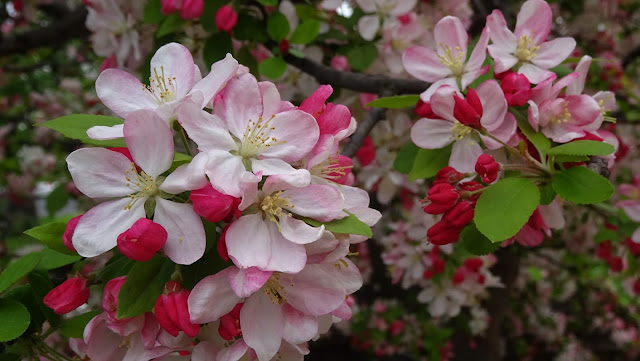 Posted by Melbourne Australia Photos at 04:20:00 No comments:

It's Spring and the wisterias are blooming. Unlike the more common lavender-coloured ones, here is a spectacular white one, with longer, more delicate racemes of fragrant flowers.
This post is part of the Floral Friday Fotos meme 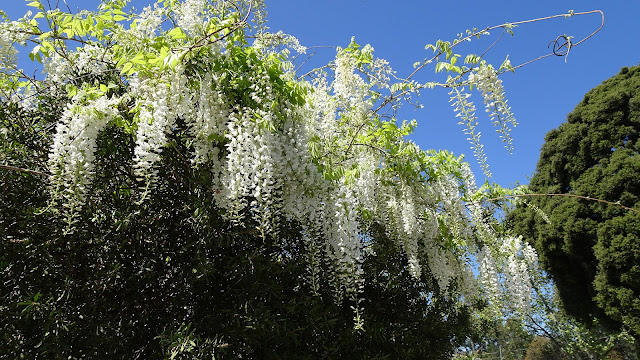 Babiana is a genus of flowering plants in the family Iridaceae composed of about 80 recognized species. The majority of these species are endemic to the Cape Provinces of South Africa, especially Namaqualand, as well Namibia, Botswana, Zambia and Zimbabwe.
The genus name is derived from the Dutch word baviaan, referring to the Chacma baboon, Papio ursinus, that consumes the corms of plants in the genus. One species, Babiana stricta, is widely cultivated as an ornamental (photo below).
This post is part of the Floral Friday Fotos meme 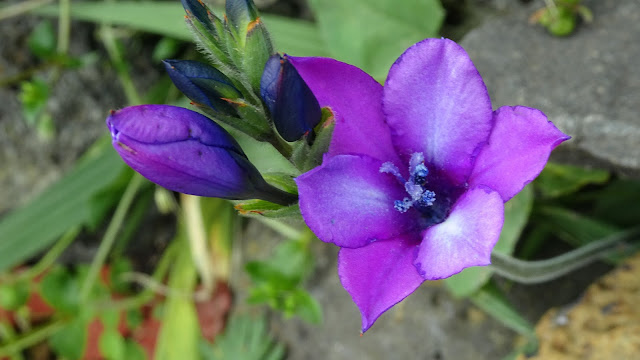