Erysimum cheiri syn. Cheiranthus cheiri (common name "wallflower") is a species of flowering plant in the family Brassicaceae (Cruciferae), native to Europe but widespread as an introduced species elsewhere. It is also widely cultivated as a garden plant. This is a herbaceous perennial, often grown as a biennial, with one or more highly branching stems reaching heights of 15–80 cm. The leaves are generally narrow and pointed and may be up to 20 cm long.
The top of the stem is occupied by a club-shaped inflorescence of strongly scented flowers. Each flower has purplish-green sepals and rounded petals which are two to three cm long and in shades of bright yellows to reds and purples. The flowers fall away to leave long fruits which are narrow, hairy siliques several cm in length. This is a popular ornamental plant, widely cultivated for its abundant, fragrant flowers in spring.
Many cultivars have been developed, in shades of yellow, orange, red, maroon, purple, brown, white and cream. It associates well in bedding schemes with other spring flowers such as tulips and forget-me-nots. It is usually grown as a biennial, sown one year to flower the next, and then discarded. This is partly because of its tendency to grow spindly and leggy during its second year, but more importantly its susceptibility to infections such as clubroot.
This post is part of the Floral Friday Fotos meme. 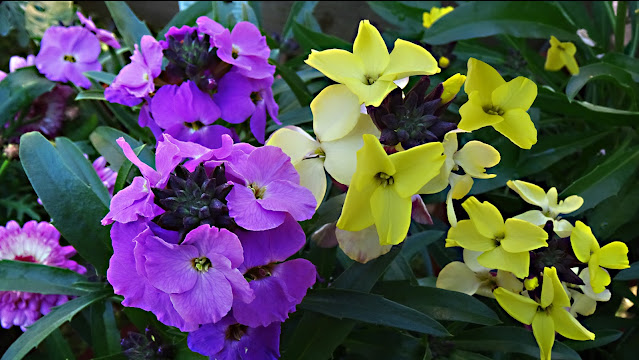 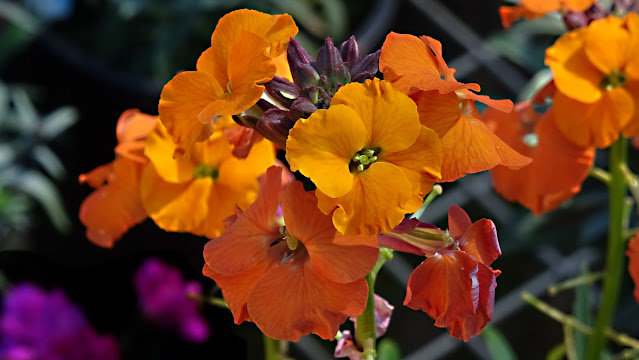 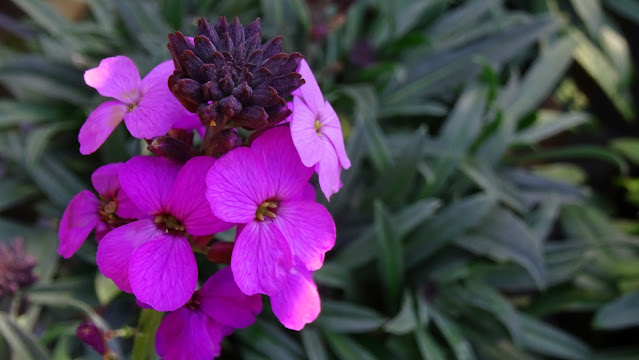 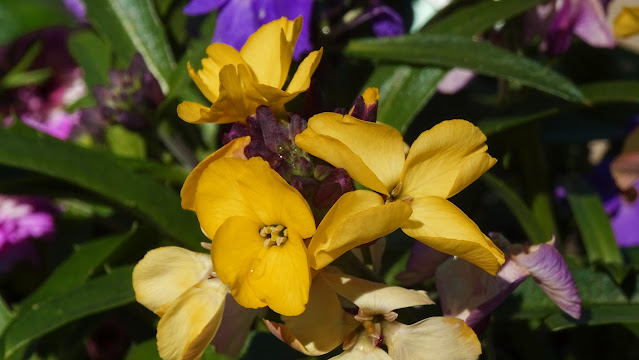 Helianthus or sunflowers (from the Greek: ήλιος, Hēlios, "sun" and ανθός, anthos, "flower") is a genus of plants comprising about 70 species in the family Asteraceae. The genus is one of many in the Asteraceae that are known as sunflowers. Except for three species in South America, all Helianthus species are native to North America. The common name, "sunflower", typically refers to the popular annual species
Helianthus annuus, the common sunflower (shown here), whose round flower heads in combination with the ligules look like the sun. This and other species, notably Jerusalem artichoke (H. tuberosus), are cultivated in temperate regions as food crops and ornamental plants. The largest sunflower field is located in Tuscany, Italy. The domesticated sunflower, H. annuus, is the most familiar species.
Perennial sunflower species are not as popular for gardens due to their tendency to spread rapidly and become invasive. Whorled sunflowers, H. verticillatus, were listed as an endangered species in 2014 when the U.S. Fish and Wildlife Service issued a final rule protecting it under the Endangered Species Act. The primary threats are industrial forestry and pine plantations in Alabama, Georgia, and Tennessee. They grow to 1.8 m and are primarily found in woodlands, adjacent to creeks and moist, prairie-like areas.
This post is part of the Floral Friday Fotos meme. 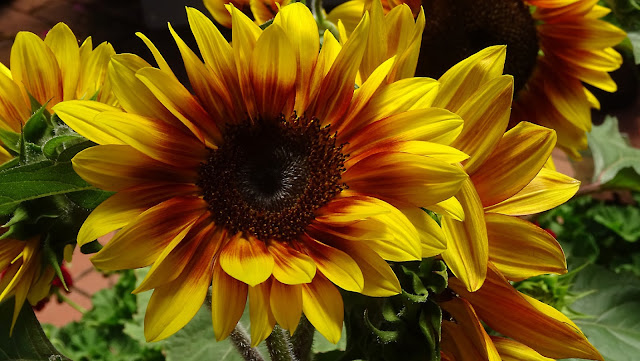 Posted by Melbourne Australia Photos at 04:04:00 No comments: