Let's revise a bit of geometry: A Pythagorean tiling or two squares tessellation is a tiling of a Euclidean plane by squares of two different sizes, in which each square touches four squares of the other size on its four sides. Many proofs of the Pythagorean theorem are based on it, explaining its name. It is commonly used as a pattern for floor tiles. When used for this, it is also known as a 'hopscotch pattern' or 'pinwheel pattern'. 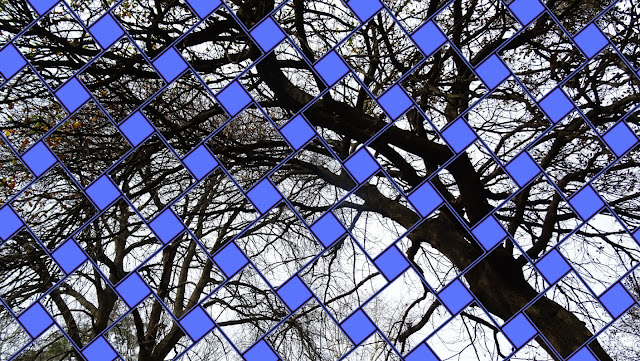 Posted by Melbourne Australia Photos at 06:22:00