Acca sellowiana, a species of flowering plant in the myrtle family, Myrtaceae, is native to the highlands of southern Brazil, eastern Paraguay, Uruguay, northern Argentina, and Colombia. It is widely cultivated as a garden plant and fruiting tree in New Zealand, and can be found as a garden plant elsewhere such as in Armenia, Australia, Azerbaijan, western Georgia and southern Russia. Common names include feijoa, pineapple guava and guavasteen, although it is not a true guava.

It is an evergreen, perennial shrub or small tree, 1–7 metres in height, widely cultivated as an ornamental tree and for its fruit. The German botanist Otto Karl Berg named feijoa after João da Silva Feijó, a Portuguese botanist born in the colony of Brazil.

The fruit, maturing in autumn, is green, ellipsoid, and about the size of a chicken egg. It has a sweet, aromatic flavour, which tastes like pineapple, apple and mint. The flesh is juicy and is divided into a clear, gelatinous seed pulp and a firmer, slightly granular, opaque flesh nearer the skin. The fruit falls to the ground when ripe and at its fullest flavour, but it may be picked from the tree prior to falling to prevent bruising. Feijoa fruit has a distinctive, potent smell that resembles that of a perfume. The aroma is due to the ester methyl benzoate and related compounds that exist in the fruit. Personally, it reminds me of oil of wintergreen, which smell I do not like, hence it ruins the fruit for me... 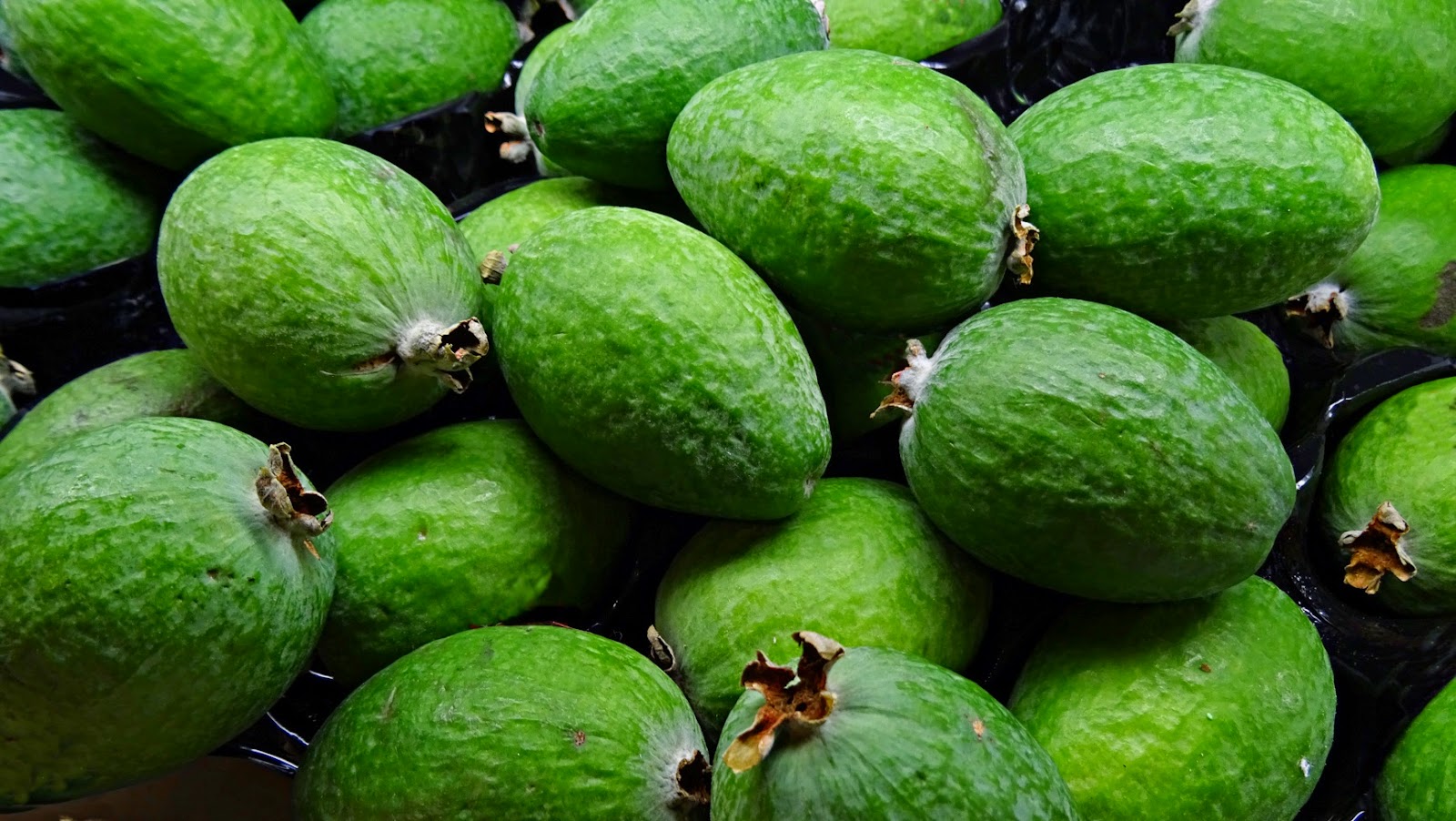 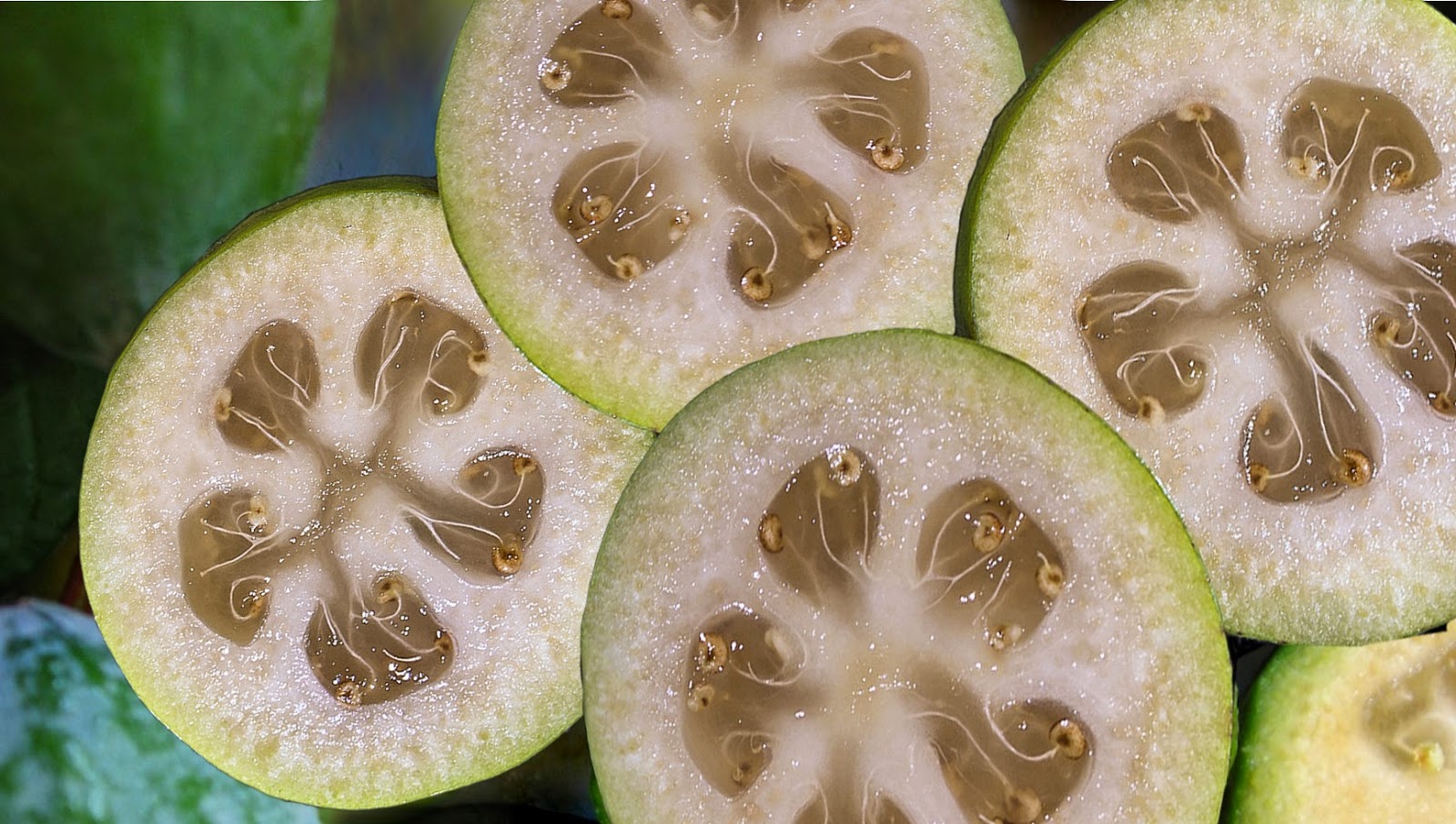 I appreciate your comments, and a link back to this page from your own blog post.
Please add your own GREEN post using the Linky tool below: