Turkish oriental dance is referred to in Turkey as 'Oryantal Tansi', or simply 'Oryantal'. The Turkish style of bellydance is lively and playful, with a greater outward projection of energy than the more contained Egyptian style. Turkish dancers are known for their energetic, athletic (even gymnastic) style, and their adept use of finger cymbals, also known as zils. Connoisseurs of Turkish dance often say a dancer who cannot play the zills is not an accomplished dancer. Floorwork, which has been banned in Egypt since the mid-20th century, is still an important part of Turkish bellydance. Another distinguishing element of Turkish style is the use of the Karsilama rhythm in a 9/8 time signature, counted as 12-34-56-789. These photos were taken at a show we watched when we visited Turkey in 2007. 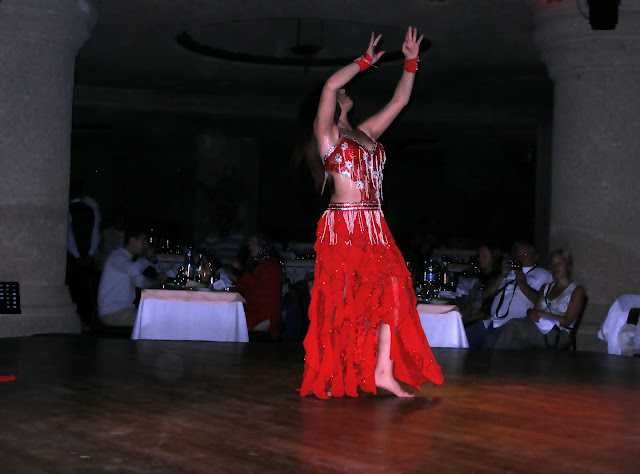 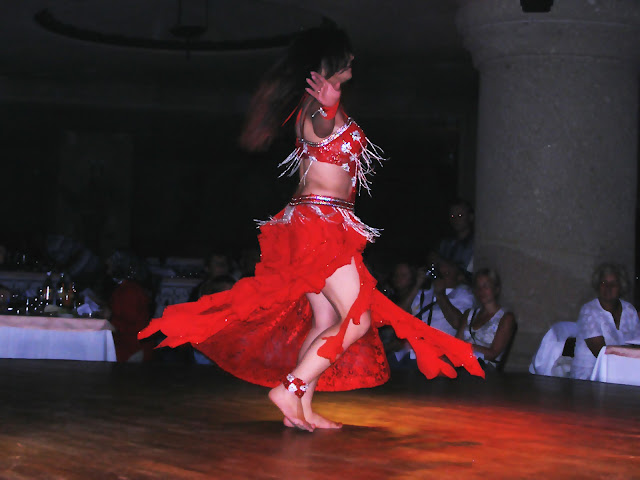 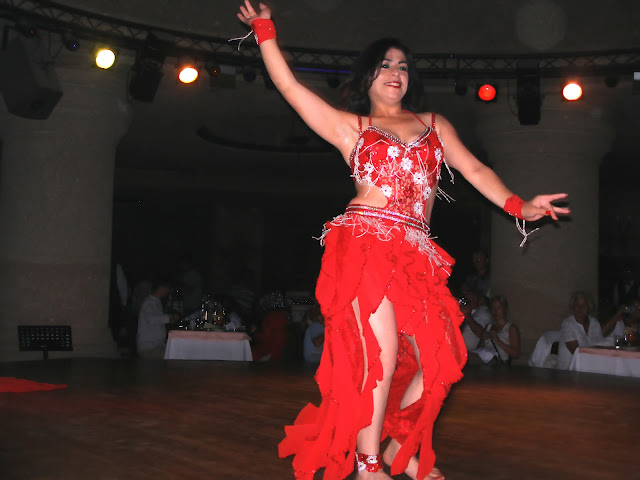 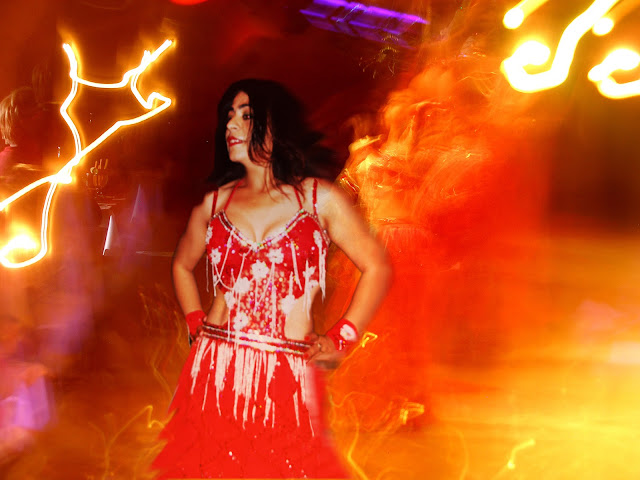 Posted by Melbourne Australia Photos at 04:54:00