Melbourne Airport (IATA: MEL, ICAO: YMML), also known as Tullamarine Airport, is the primary airport serving the city of Melbourne, and the second busiest airport in Australia. It was opened in 1970 to replace the nearby Essendon Airport. Melbourne Airport is the sole international airport of the four airports serving the Melbourne metropolitan area.

The airport is 23 km from the city centre. The airport has its own postcode—Melbourne Airport, Victoria (postcode 3045). This is adjacent to the suburb of Tullamarine.The Melbourne–Sydney air route is the fifth most-travelled passenger air route in the world and the second busiest in the Asia Pacific region. The airport features direct flights to 33 destinations in all states and territories of Australia in addition to numerous destinations in Oceania, Asia, Africa, Europe and North America.

Melbourne is the most common destination for the airports of five of Australia's seven other capital cities.N1 Melbourne serves as a major hub for Qantas and Virgin Australia, while Jetstar Airways and Tiger Airways Australia utilise the airport as home base. Melbourne is the busiest airport for international export freight as of August 2011, while second busiest for import freight. Domestically, Melbourne serves as headquarters for Australian air Express and Toll Priority and handles more domestic freight than any other airport in the nation. 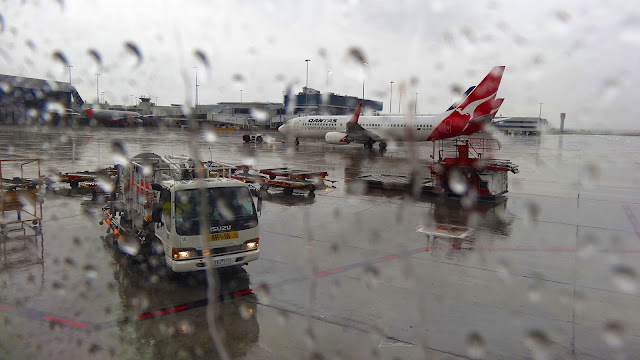 Posted by Melbourne Australia Photos at 05:41:00