The Park Güell (Catalan: Parc Güell) is a public park system composed of gardens and architectonic elements located on Carmel Hill, in Barcelona, Catalonia (Spain). Carmel Hill belongs to the mountain range of Collserola – the Parc del Carmel is located on the northern face. Park Güell is located in La Salut, a neighbourhood in the Gràcia district of Barcelona. With urbanisation in mind, Eusebi Güell assigned the design of the park to Antoni Gaudí, a renowned architect and the face of Catalan modernism.

The park was built between 1900 and 1914 and was officially opened as a public park in 1926. In 1984, UNESCO declared the park a World Heritage Site under “Works of Antoni Gaudí” Park Güell is the reflection of Gaudí’s artistic plenitude, which belongs to his naturalist phase (first decade of the 20th century). During this period, the architect perfected his personal style through inspiration from organic shapes. He put into practice a series of new structural solutions rooted in the analysis of geometry. To that, the Catalan artist adds creative liberty and an imaginative, ornamental creation.

Güell and Gaudí conceived this park, situated within a natural park. They imagined an organised grouping of high-quality homes, decked out with all the latest technological advancements to ensure maximum comfort, finished off with an artistic touch. They also envisioned a community strongly influenced by symbolism, since, in the common elements of the park, they were trying to synthesise many of the political and religious ideals shared by patron and architect: therefore there are noticeable concepts originating from political Catalanism – especially in the entrance stairway where the Catalonian countries are represented – and from Catholicism – the Monumento al Calvario, originally designed to be a chapel. The mythological elements are so important: Apparently Güell and Gaudí's conception of the park was also inspired by the Temple of Apollo of Delphi. 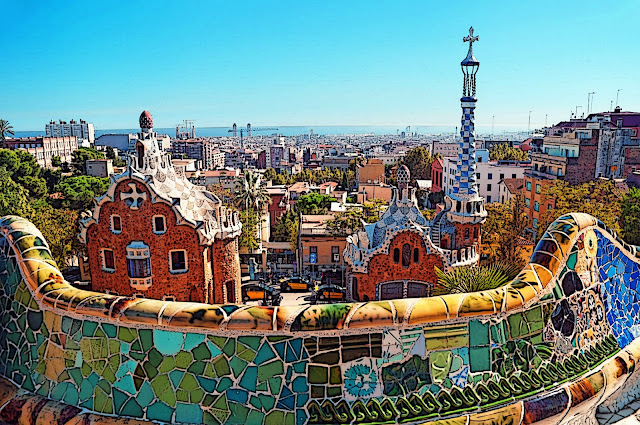 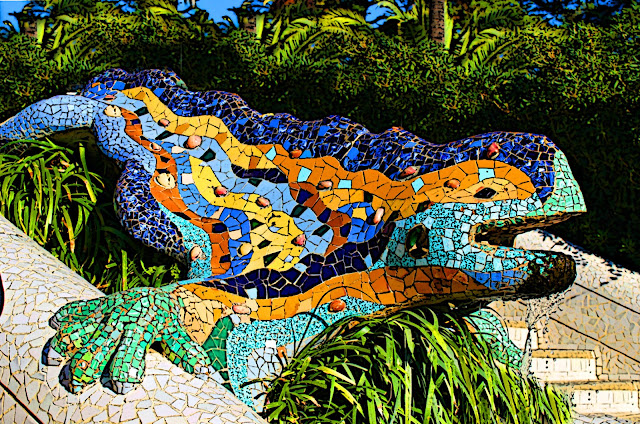 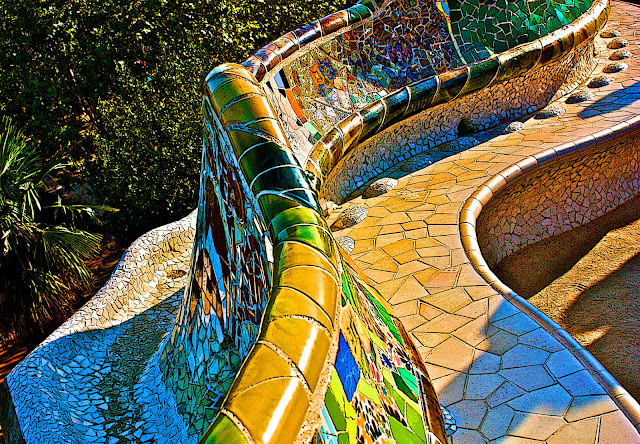 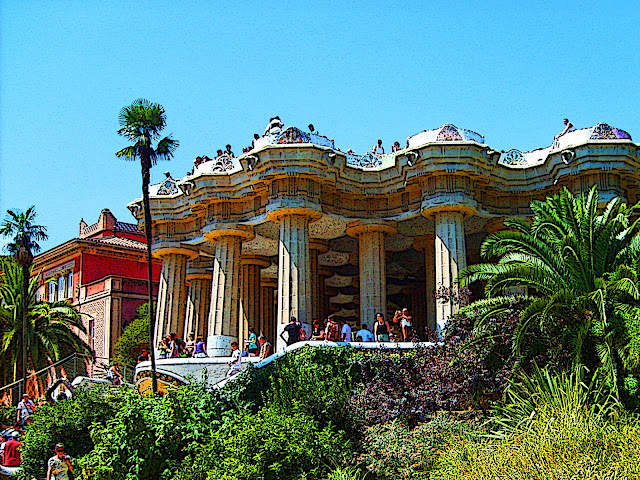 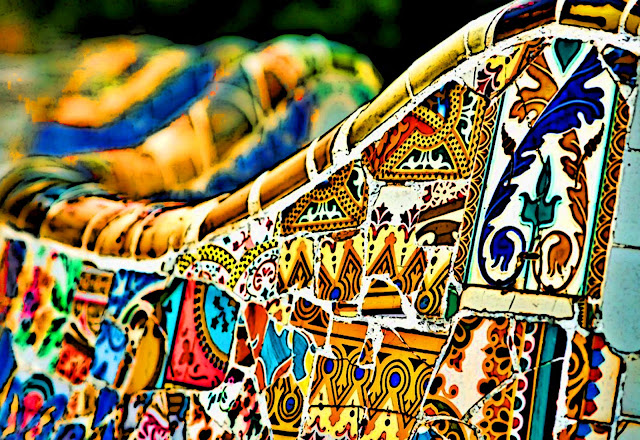 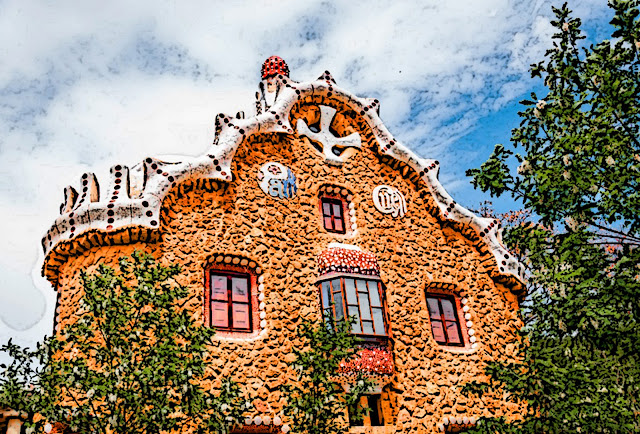 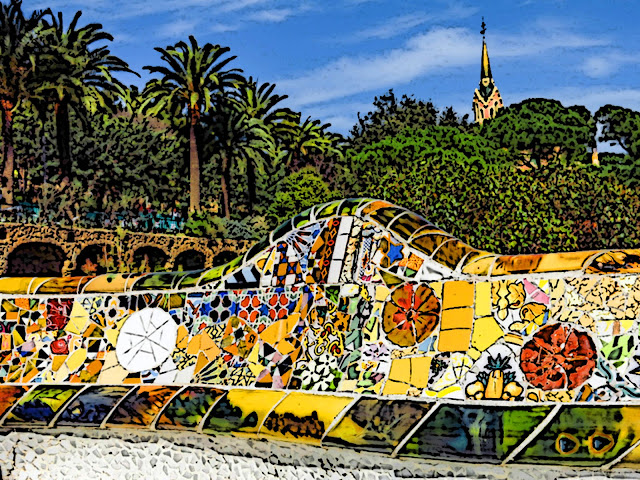 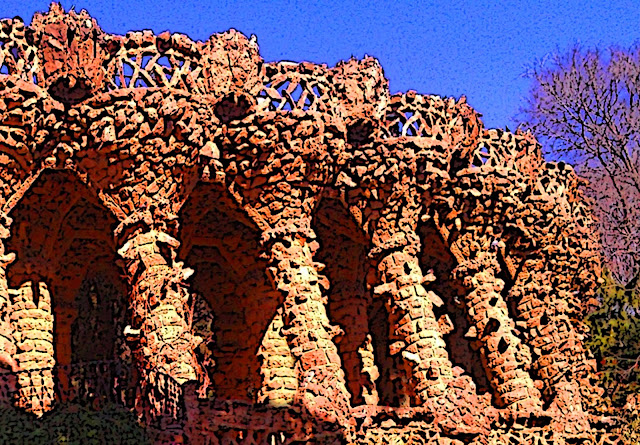 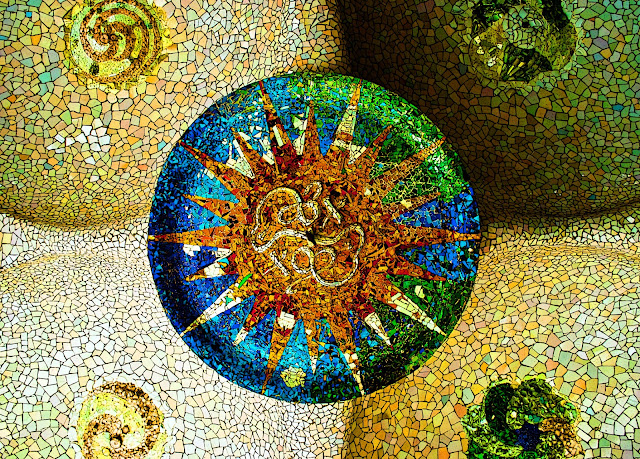 Posted by Melbourne Australia Photos at 05:49:00