Paterson's Curse (Echium plantagineum) is an invasive plant species in Australia. The name "Salvation Jane" originated from, and is mostly used in South Australia, due to its use as a source of food for grazing animals when the less drought tolerant grazing pastures die off. Other names are Blueweed, Lady Campbell Weed, Riverina Bluebell, and Purple Viper's Bugloss. Three other Echium species have been introduced and are of concern; Viper's Bugloss (Echium vulgare) is the most common of them. Viper's Bugloss is biennial, with a single unbranched flowering stem and smaller, more blue flowers, but is otherwise similar. This species is also useful for honey production.
Paterson's Curse has positive uses — it is the source for a particularly fine grade of honey. As a fodder plant, with proper handling, it can be valuable fodder over summer for cattle and sheep, but not livestock without ruminant digestive systems. In the 1880s it was introduced to Australia, probably both as an accidental contaminant of pasture seed and as an ornamental plant. It is said that both names for the plant derive from Jane Paterson or Patterson, an early settler of the country near Albury. She brought the first seeds from Europe to beautify a garden, and then could only watch helplessly as the weed infested previously productive pastures for many miles around.
Paterson's Curse is now a dominant broadleaf pasture weed through much of New South Wales, the Australian Capital Territory, Victoria, South Australia and Tasmania and also infests native grasslands, heathlands and woodlands.
Echium plantagineum contains pyrrolizidine alkaloids and is poisonous. When eaten in large quantities, it causes reduced livestock weight or even (in severe cases) death. Paterson's Curse can kill horses and irritate the udders of dairy cows and the skin of humans. After the 2003 Canberra bushfires, there were over 40 recorded cases of horses being put down after eating the weed.
This post is part of the Floral Friday Fotos meme. 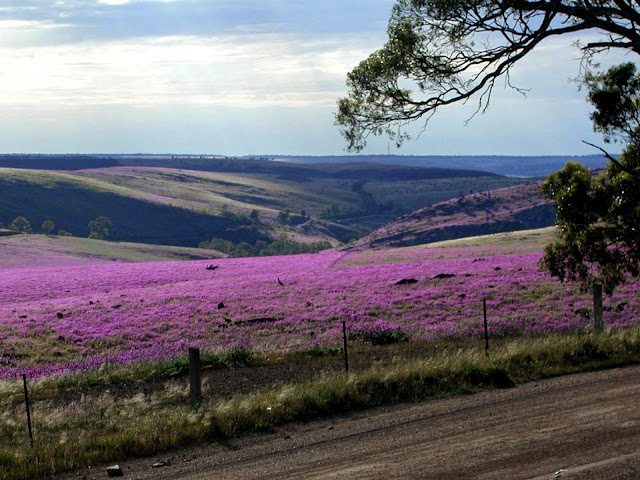 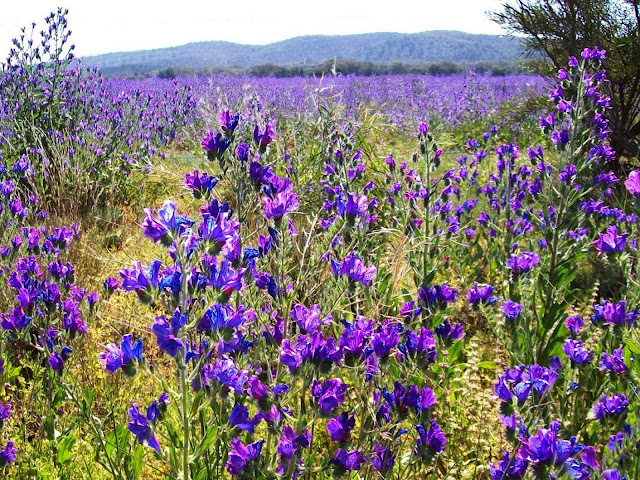 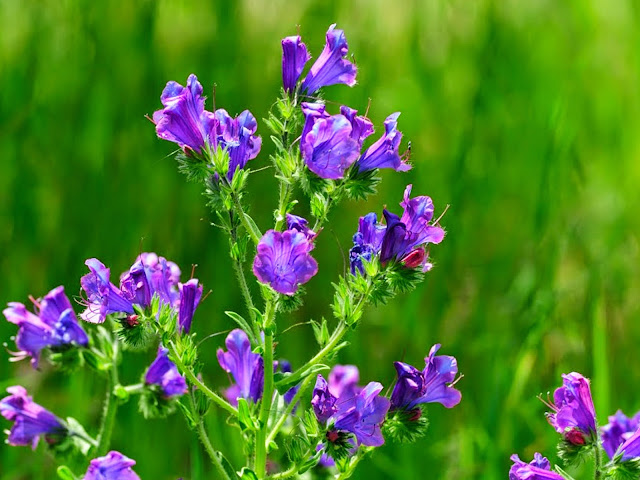 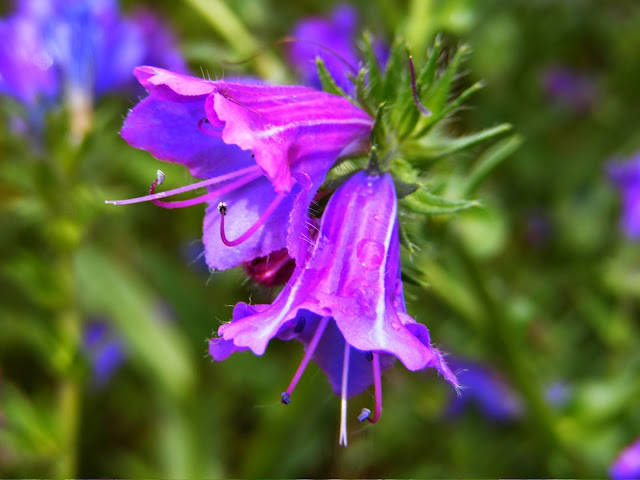 Posted by Melbourne Australia Photos at 07:03:00