Musa is one of two or three genera in the family Musaceae; it includes bananas and plantains. Around 70 species of Musa are known, with a broad variety of uses. Though they grow as high as trees, banana and plantain plants are not woody and their apparent "stem" is made up of the bases of the huge leaf stalks. Thus, they are technically gigantic herbs.

The genus Musa was first named by Carl Linnaeus in 1753. The name is a Latinisation of the Arabic name for the fruit, mauz (موز). The word "banana" came to English from Spanish and Portuguese, which in turn apparently obtained it from a West African language (possibly Wolof).

From the time of Linnaeus until the 1940s, different types of edible bananas and plantains were given Linnaean binomial names, such as Musa cavendishii, as if they were species. In fact, edible bananas have an extremely complicated origin involving hybridisation, mutation, and finally selection by humans. Most edible bananas are seedless (parthenocarpic), hence sterile, so they are propagated vegetatively. The giving of species names to what are actually very complex, largely asexual, hybrids (mostly of two species of wild bananas, Musa acuminata and Musa balbisiana) led to endless confusion in banana botany. In the 1940s and 1950s, it became clear to botanists that the cultivated bananas and plantains could not usefully be assigned Linnean binomials, but were better given cultivar names. 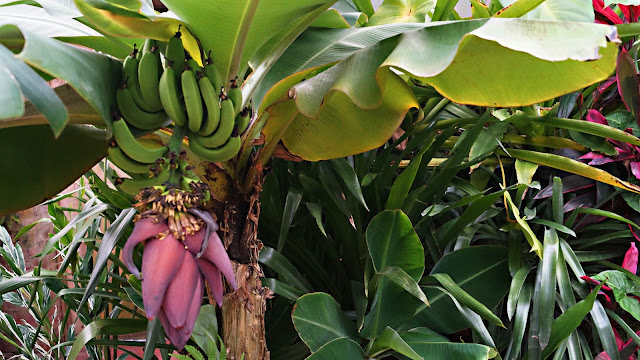 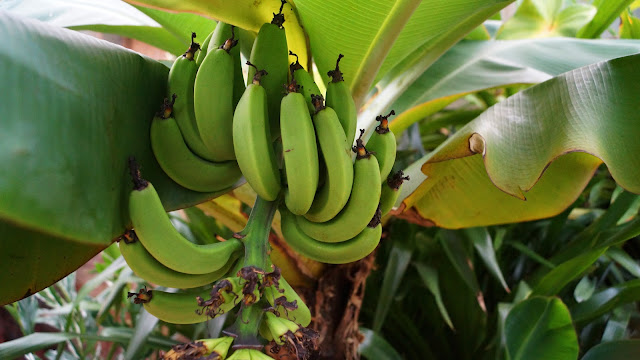 I appreciate your comments, and please add a link back to this page from your own Friday Greens blog post.
The meme is only as successful as you make it be!

Please add your own GREEN post using the Linky tool below:

Posted by Melbourne Australia Photos at 07:39:00