Tallinn is the capital and largest city of Estonia. It is situated on the northern coast of the country, on the shore of the Gulf of Finland, 80 km south of Helsinki, east of Stockholm and west of Saint Petersburg. From the 13th century until 1918 (and briefly during the Nazi occupation of Estonia from 1941 to 1944), the city was known as Reval.

Tallinn occupies an area of 159.2 km2 and has a population of 440,950. Approximately 32% of Estonia's total population lives in Tallinn. Tallinn was founded in 1248, but the earliest human settlements are over five thousand years old, making it one of the oldest capital cities of Northern Europe. Due to its strategic location, the city became a major trade hub, especially from the 14th to the 16th century, when it grew in importance as part of the Hanseatic League.

Tallinn's Old Town is one of the best preserved medieval cities in Europe and is listed as a UNESCO World Heritage Site. Tallinn is the major political, financial, cultural and educational centre of Estonia. Often dubbed as the Silicon Valley of Europe, it has the highest number of startups per person in Europe and is a birthplace of many international companies including Skype. Providing to the global cybersecurity it is the home to the NATO Cyber Defence Centre of Excellence.

It is ranked as a global city and has been listed among the top 10 digital cities in the world. The city was a European Capital of Culture for 2011, along with Turku in Finland. 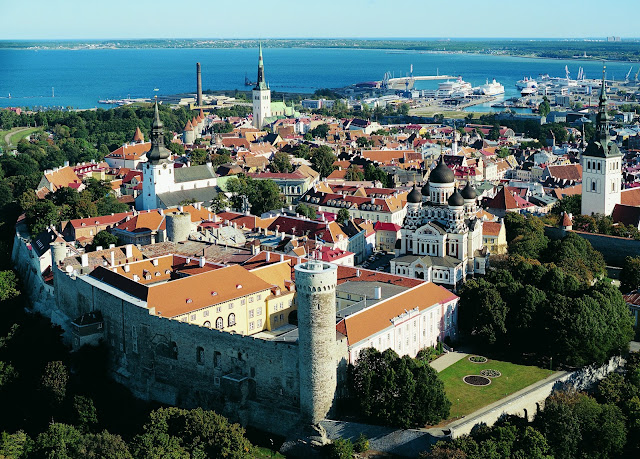 Posted by Melbourne Australia Photos at 08:31:00