From the 10th to the 16th century, Holland proper was a unified political region within the Holy Roman Empire as a county ruled by the Counts of Holland. By the 17th century, Holland had risen to become a maritime and economic power, dominating the other provinces of the newly independent Dutch Republic.

The area of the former County of Holland roughly coincides with the two current Dutch provinces of North Holland and South Holland, which together include the Netherlands' three largest cities: The de jure capital city of Amsterdam; Rotterdam, home of Europe's largest port; and the seat of government of The Hague.

Here a typical scene one associates with Holland: Water, farmhouse and windmill... This is taken close to the city of Leiden in South Holland. 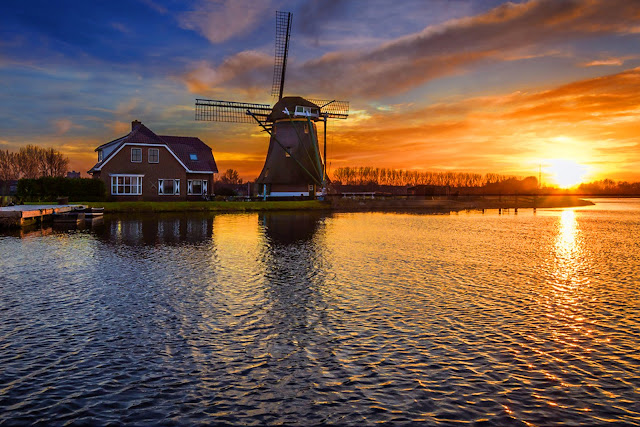 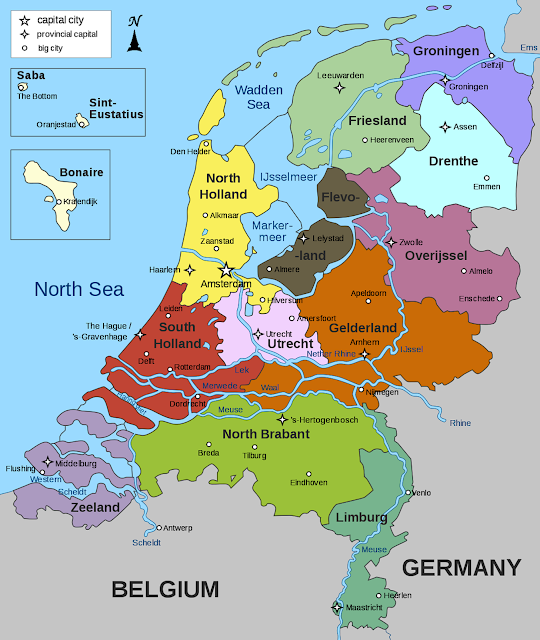