Zakynthos or Zante, is a Greek island in the Ionian Sea, on the Western part of Greece. It is the third largest of the Ionian Islands. It covers an area of 410 km2 and its coastline is roughly 123 km in length. The island is named after Zakynthos, the son of a legendary Arcadian chief Dardanus. The name, like all similar names ending in -nthos, is pre-Mycenaean or Pelasgian in origin.

Zakynthos has a population of 41,000 people (2011) and a thriving tourism industry. The capital, which has the same name as the prefecture, is the town of Zakynthos. It lies on the eastern part of the northern coast. Apart from the official name, it is also called Chora (i.e. "the Town"). The port of Zakynthos has a ferry connecting to the port of Kyllini on the mainland. Another ferry connects the village of Agios Nikolaos to Argostoli on Kefalonia.

Bochali hill above the Zakynthos town contains a small venetian castle, and offers panoramic views onto the town. Strani's hill, located on the other side of Bochali, is the place where Dionysios Solomos, called "Our National Poet" by the Greeks, wrote Greece's national anthem.

The most famous landmark of the island is the Navagio beach. It is a cove on the southwest shore, isolated by high cliffs and accessible only by boats. The beach and sea floor are made of white pebbles, and surrounded by turquoise waters. It is named after a shipwreck (MV Panagiotis) which sunk on the shore around 1980. The ridge area from Anafonitria has a small observation deck which overlooks the shipwreck and there is a monastery nearby.

Numerous "Blue Caves", are cut into cliffs around Cape Skinari, and accessible only by small boats. Sunrays reflect through blue sea water from white stones of cave bottoms and walls, creating interesting effects. Northern and eastern shores contain numerous wide sandy beaches, many of which are packed with tourists in summer months. The largest resort is Laganas, whose beach stretches around 10 km. 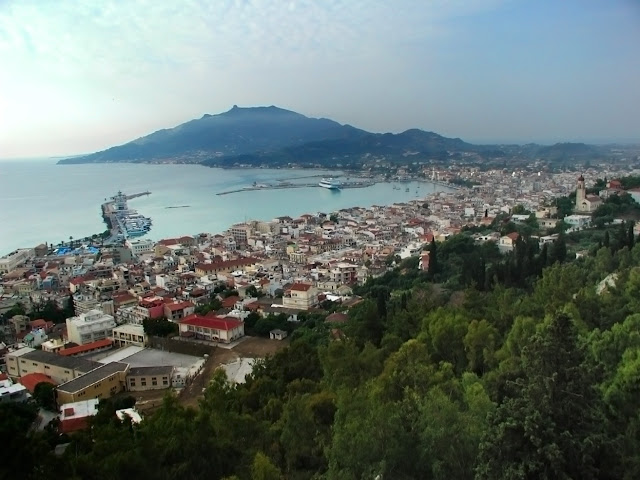 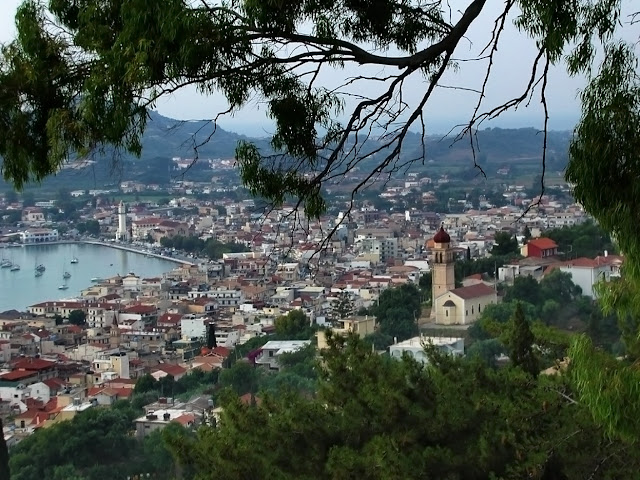 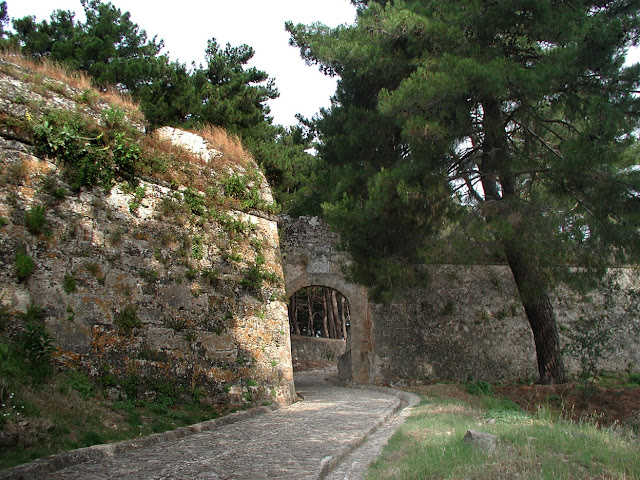 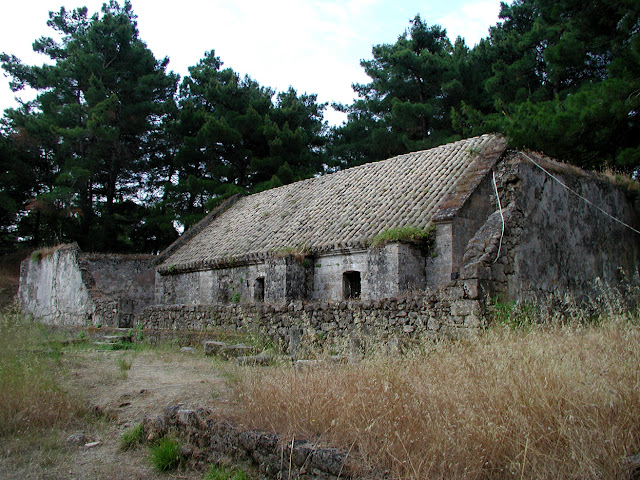 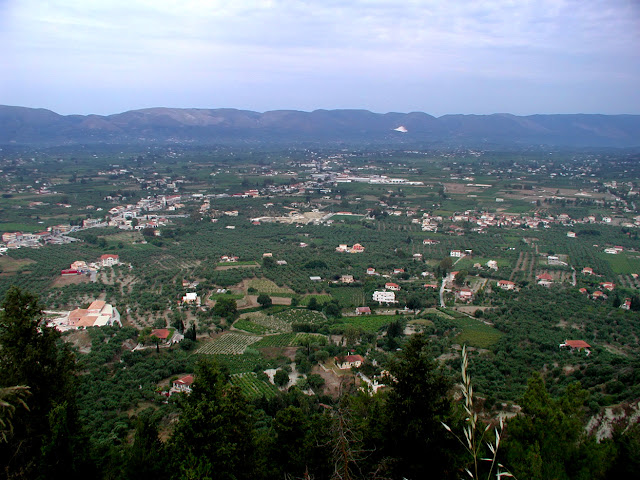 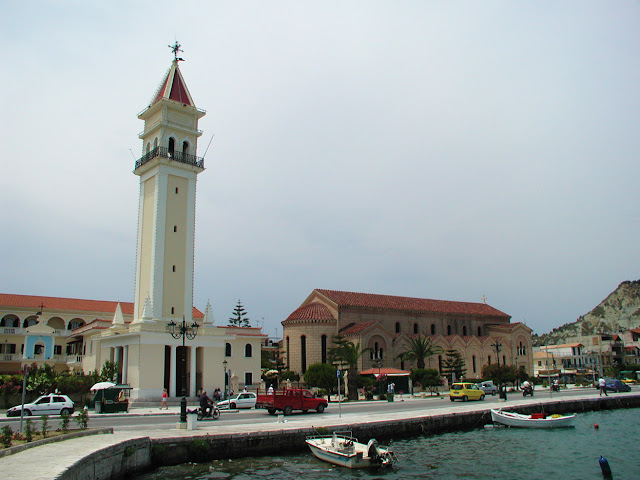 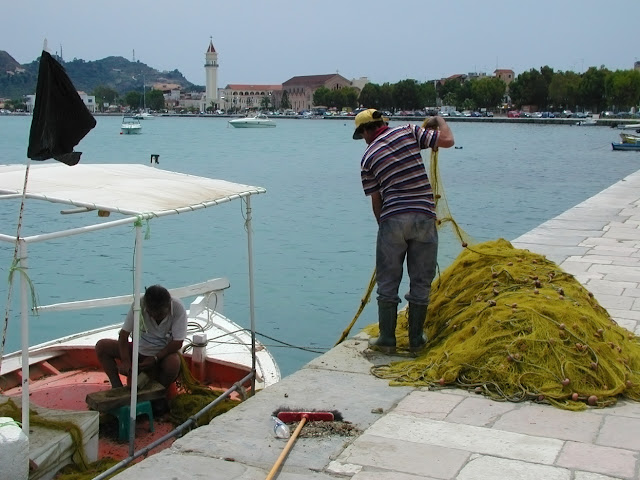 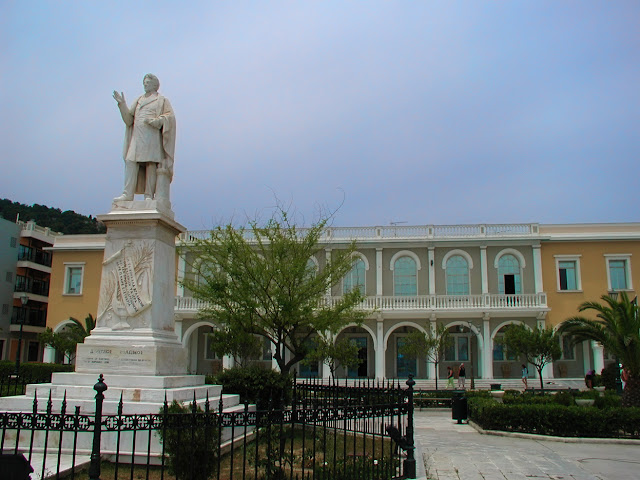 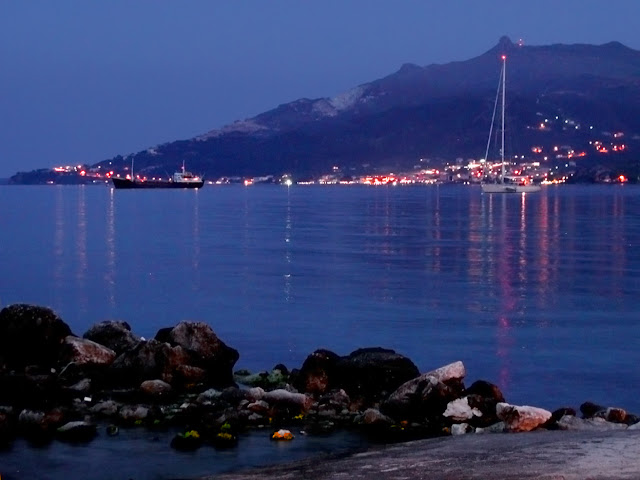 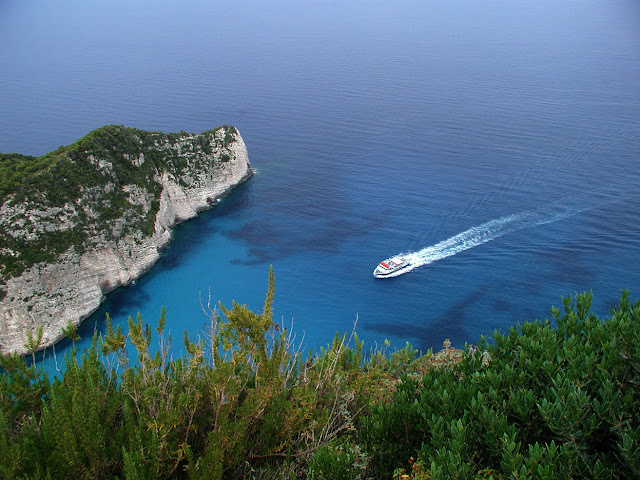 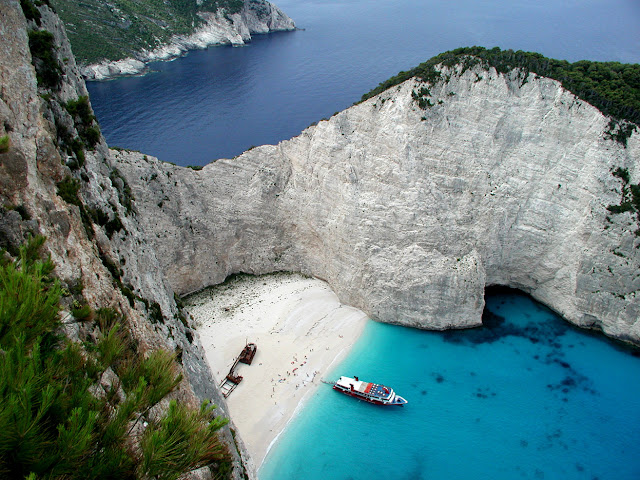 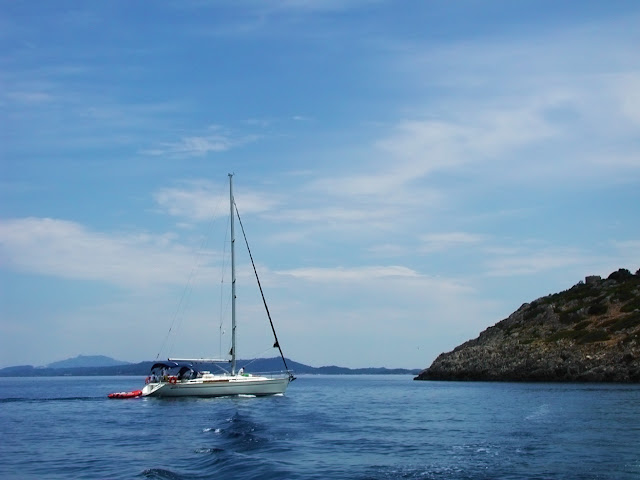 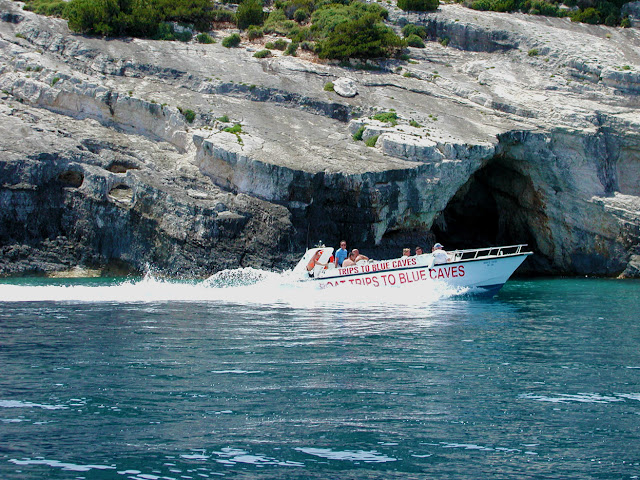 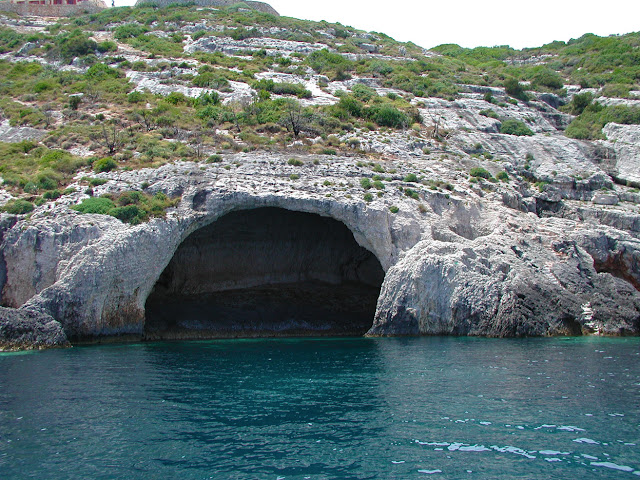 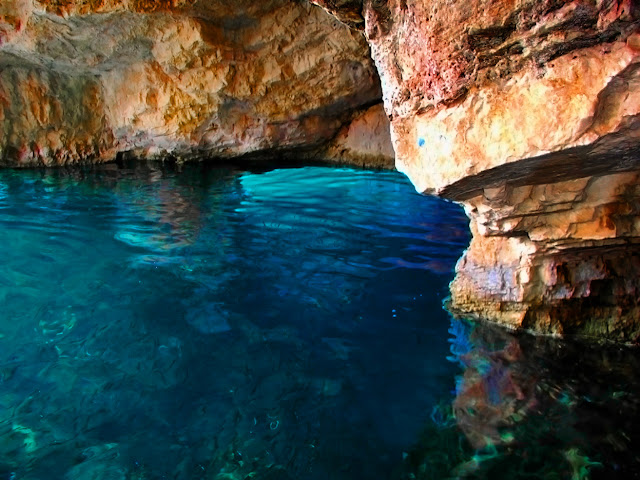 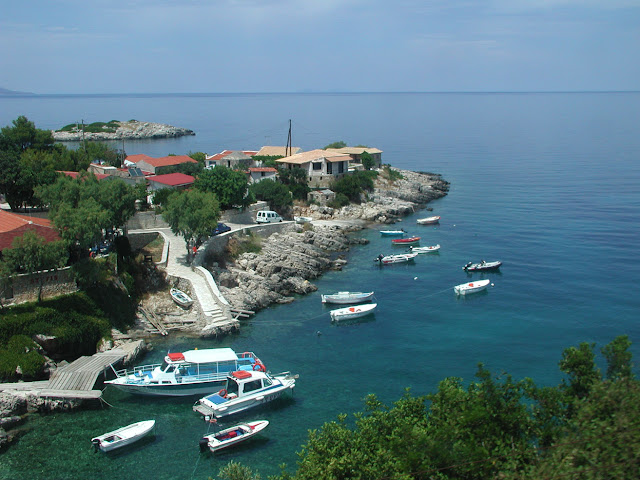