The orchid family, Orchidaceae, is a diverse and widespread family of flowering plants, with blooms that are often colourful and fragrant. Along with the Asteraceae (daisy family), they are one of the two largest families of flowering plants. The Orchidaceae have about 28,000 currently accepted species, distributed in about 763 genera.

The determination of which family is larger is still under debate, because verified data on the members of such enormous families are continually in flux. Regardless, the number of orchid species nearly equals the number of bony fishes and is more than twice the number of bird species, and about four times the number of mammal species. Moreover, since the introduction of tropical species into cultivation in the 19th century, horticulturists have produced more than 100,000 hybrids and cultivars!

Below is Phalaenopsis first described by Blume (1825), also known as moth orchids, abbreviated Phal in the horticultural trade. This is an orchid genus of approximately 60 species. Phalaenopsis is one of the most popular orchids in the trade, through the development of many artificial hybrids. It is native to southern China, the Indian Subcontinent, Southeast Asia (Thailand, Philippines, Malaysia, Indonesia, etc.), New Guinea, the Bismarck Archipelago, and Queensland. 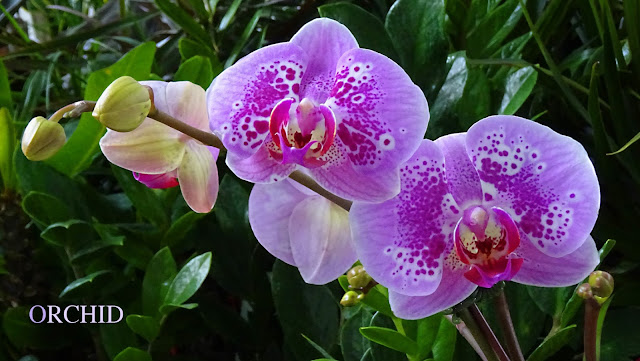 Posted by Melbourne Australia Photos at 05:47:00