The sanctuary, known as the Altis, consists of an unordered arrangement of various buildings. Enclosed within the temenos (sacred enclosure) are the Temple of Hera (or Heraion/Heraeum), the Temple of Zeus, the Pelopion, and the area of the altar, where the sacrifices were made. To the north of the sanctuary can be found the Prytaneion and the Philippeion, as well as the array of treasuries representing the various city-states. The Metroon lies to the south of these treasuries, with the Echo Stoa to the east. The hippodrome and later stadium were located east of the Echo Stoa. To the south of the sanctuary is the South Stoa and the Bouleuterion, whereas the Palaestra, the workshop of Pheidias, the Gymnasion, and the Leonidaion lie to the west.

Olympia was also known for the gigantic ivory and gold statue of Zeus that used to stand there, sculpted by Pheidias, which was named one of the Seven Wonders of the Ancient World by Antipater of Sidon. Very close to the Temple of Zeus which housed this statue, the studio of Pheidias was excavated in the 1950s. Evidence found there, such as sculptor's tools, corroborates this opinion. The ancient ruins sit north of the Alfeios River and south of Mount Kronos (named after the Greek deity Kronos). The Kladeos, a tributary of the Alfeios, flows around the area. 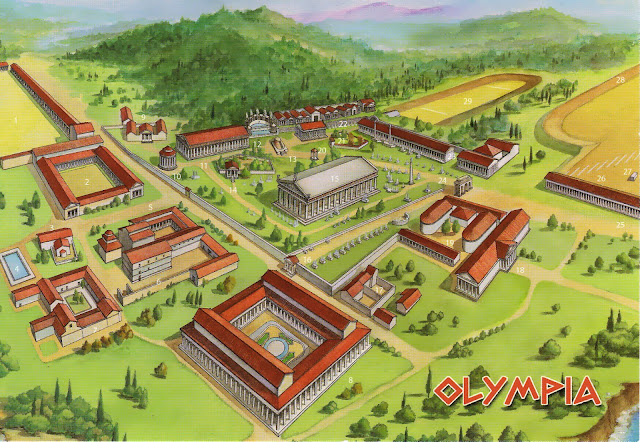 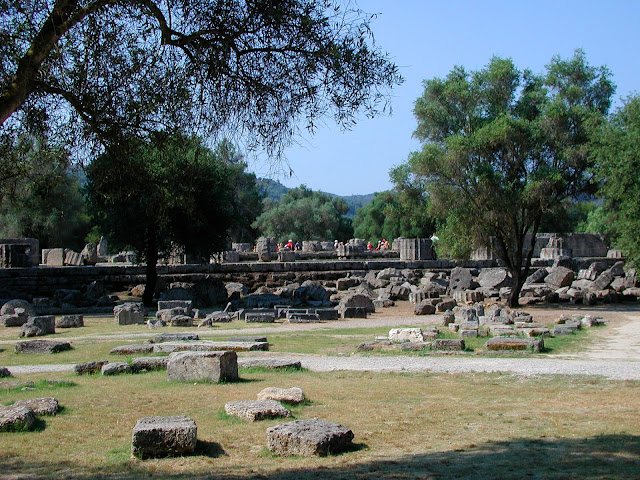 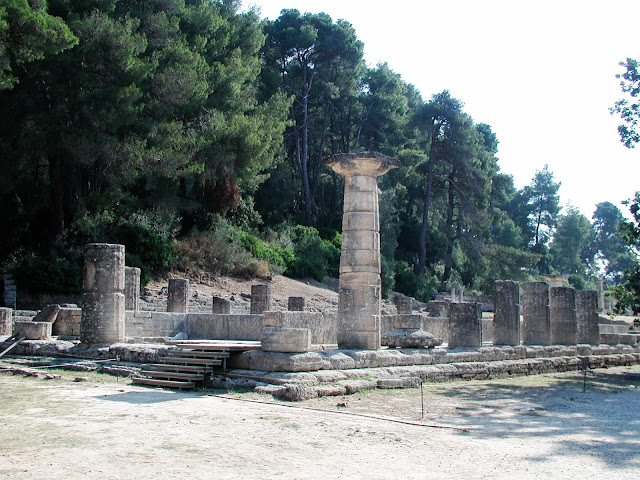 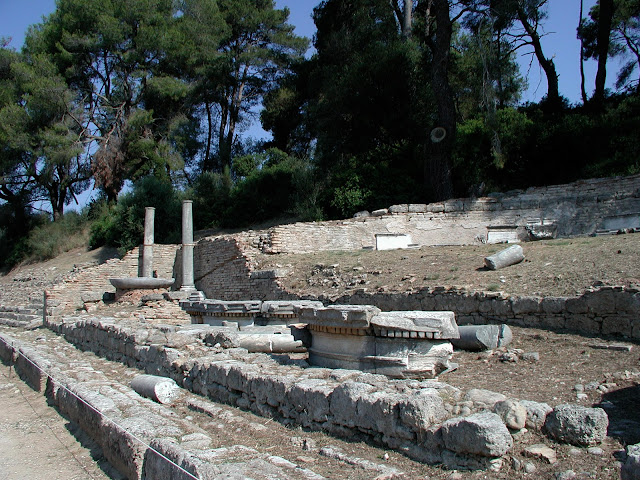 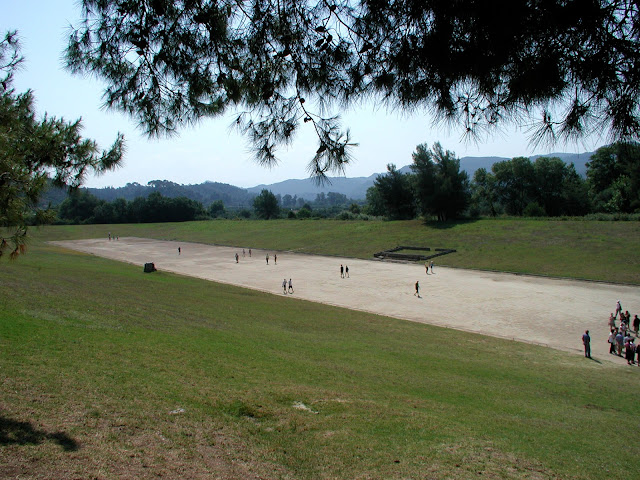 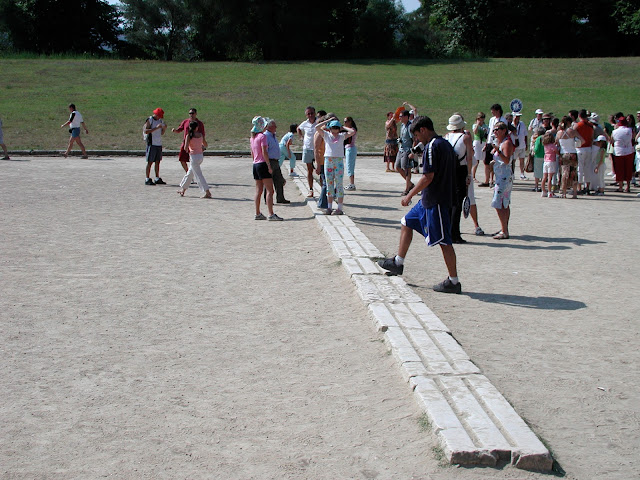 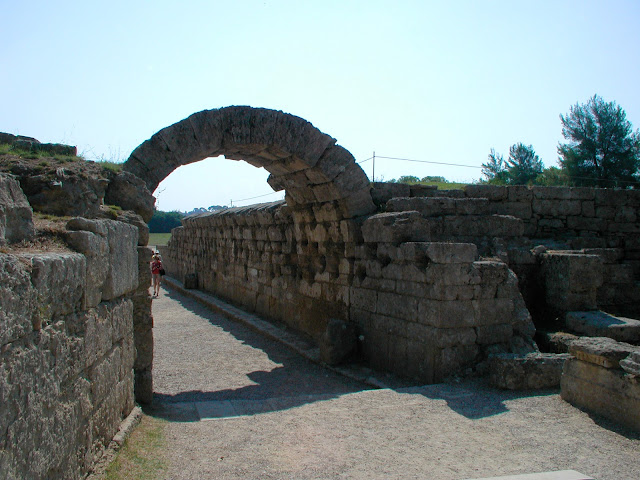 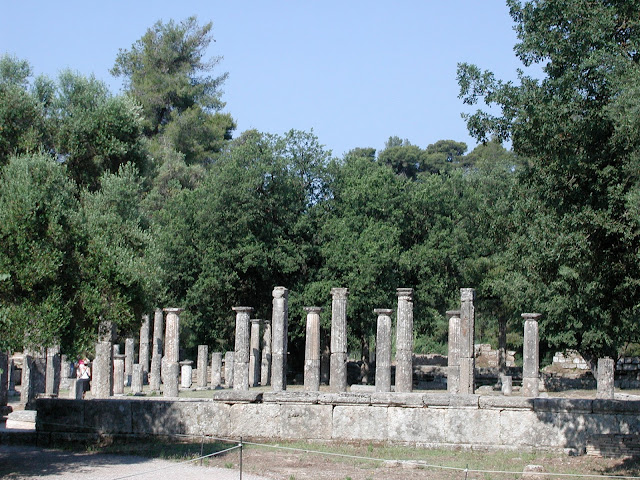 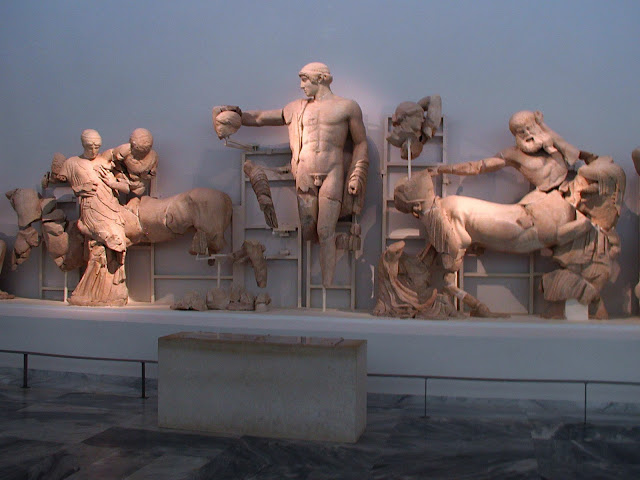 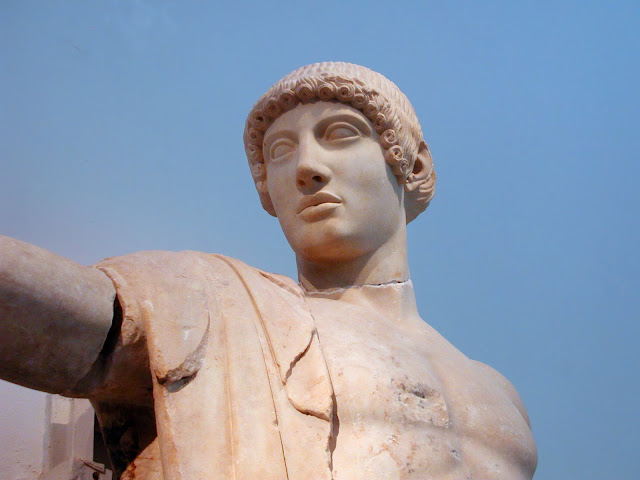 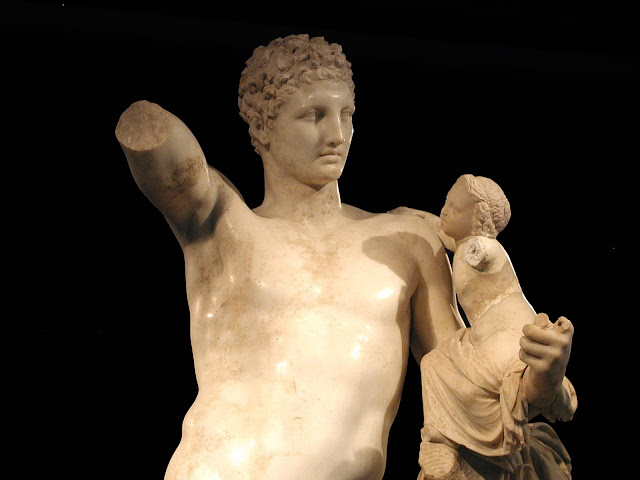 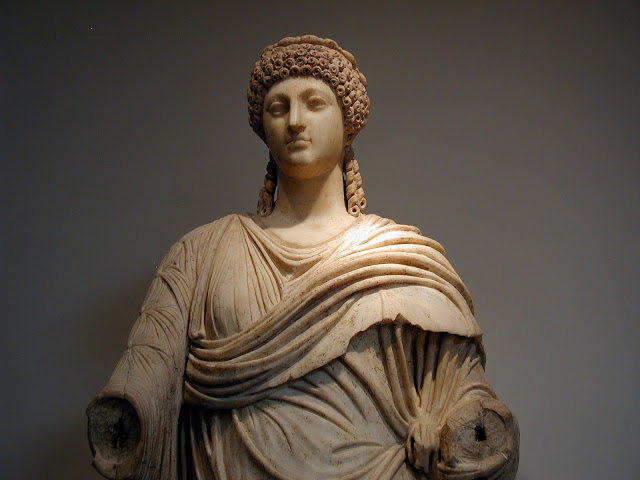 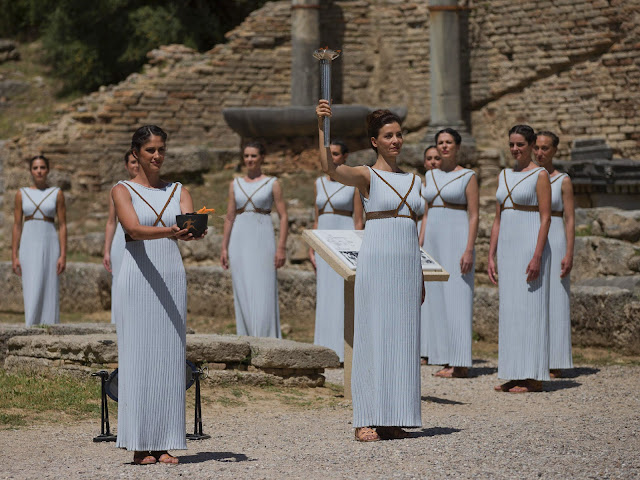