Violet Crumble is an Australian chocolate bar made in Adelaide, South Australia by Robern Menz. The bar is a crumbly honeycomb toffee centre coated in compound chocolate. It is similar to the Crunchie made by British firm Cadbury. Its advertising slogan is "It's the way it shatters that matters", and previously was "Nothing else matters". Aside from Australia, it is common in Hawaii and a selection of other places, such as Hong Kong and Mollie Stone's Markets in California. They can also be found in some import speciality stores such as Cost Plus World Market in the United States.

It was one of my favourite chocolate bars in my childhood here in Australia and occasionally I still manage to crunch through one of these, the nostalgia neatly enclosed in the violet and yellow shiny wrapper. 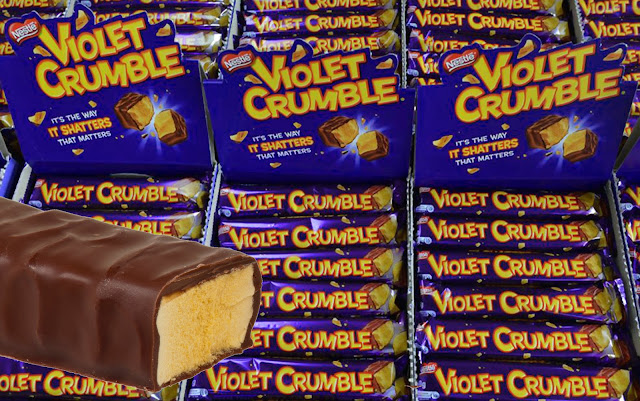