Isopogon formosus or Rose Cone Flower is a shrub in the Proteaceae family that is endemic to areas near Albany and Esperance in Western Australia. In occurs naturally in heathland and woodland areas. It has an erect or bushy form and is usually between 1.5 and 2 metres high. The pink flowers appear from mid winter to early summer. Rounded "drumsticks" containing the seeds appear later, formed from the old flower parts. The plant's leaves are divided, narrow, terete and about 5 cm long. 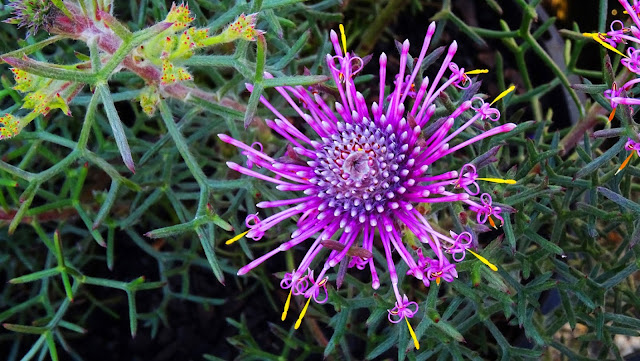 Posted by Melbourne Australia Photos at 06:04:00