Tanacetum balsamita is a perennial temperate herb in the Asteraceae family known as costmary, alecost, balsam herb, bible leaf, or mint geranium. Costmary is a perennial herb with large, oval serrated leaves and can grow up to 2 m high. During Summer it develops small yellow, button-shaped blossoms which appear in clusters.

The English name costmary stems from “costus of Saint Mary”. Costus is another herb (Saussurea lappa), and by extension ‘costus’ used to refer to any aromatic herb or its root. In other languages, costmary is associated with the Virgin Mary, most probably because it is sometimes used to treat women’s diseases.The plant seems to have originated in the Mediterranean. It is unclear whether the plant called balsamita described by Columella in 70 CE is the same. According to Heinrich Marzell, it was first mentioned in 812 CE in a plant catalogue.

Costmary was widely grown since the medieval times in herb gardens until the late 19th and early 20th centuries for medical purposes. Nowadays it has mostly disappeared in Europe, but is still widely used in southwest Asia. Its broad leaves were pressed and used in medieval times as a place marker in Bibles. It is referred to by Nicholas Culpeper as the ‘balsam herb’.

Stiff, leafy stalks of costmary rise from spreading rhizomes. The upward-pointing, silvery-haired, pale-green leaves with fine, rounded teeth may measure as large as 30 by 5 cm. Lower leaves are stalked and large, the upper ones stalk-less and become progressively smaller. The flowers, in clusters of tiny yellow buttons at the top of 1 m stalks, bloom in very late summer in northern climates, not at all if plants are grown in shade.

Plants whose flowers have small white ray flowers (like daisies) used to be classified as C. balsamita, whereas those with no ray flowers (just yellow disk flowers like those of tansy) were assigned to C. var. tanacetoides (which means “like tansy”). Gertrude B. Foster, in Herbs for Every Garden (1966), noted that the former has a camphor scent and the latter a mint scent.

For culinary uses, the mint-scented herb is usually employed. Use sparingly as the spearmint flavour can overpower your dishes or drinks. For a subtle flavour, slightly spicy, add a few young leaves finely chopped, to salads, vegetables, young potatoes, carrot and pumpkin soup, fruit cake, game, poultry and cold meats. Add 2 leaves to a pot of stewing apples, pears and quinces. Add 1 tsp of finely chopped costmary to whipped cream and custard served with desserts. Brew as a tisane or add it to sage tea.

Leaves of the plant have been found to contain a range of essential oils. A Spanish study found the oil includes carvone as the main component (51.5%, 41.0% and 56.9% in three samples), together with minor amounts of beta-thujone, t-dihydrocarvone, c-dihydrocarvone, dihydrocarveol isomer, c-carveol, and t-carveol. Levels of beta-thujone, a toxic ketone, were 9.8%, 12.5% and 12.1% in the respective samples.

In medieval times, costmary was used for menstruation problems. In the 18th century, it was classified as laxative, against stomach problems and as astringent. It was recommended against melancholy and hysteria as well as dysentery and against gallbladder disease. The plant is known from ancient herbals and was widely grown in Elizabethan knot gardens.

In the language of flowers, costmary leaves or leaf clusters signify: “You are sweet” or “Sweetness”. A flowering stalk indicates “mild temper and fidelity”. 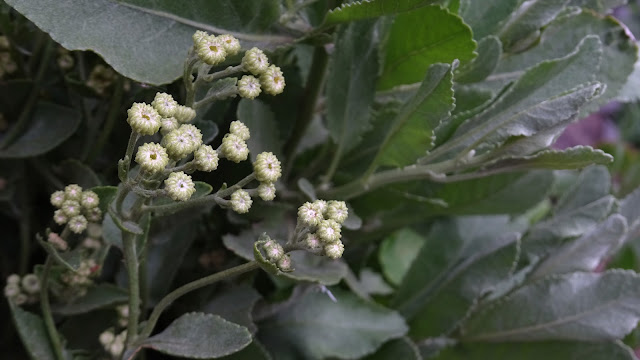 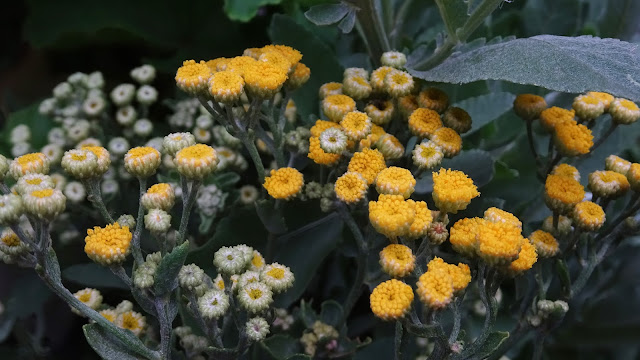 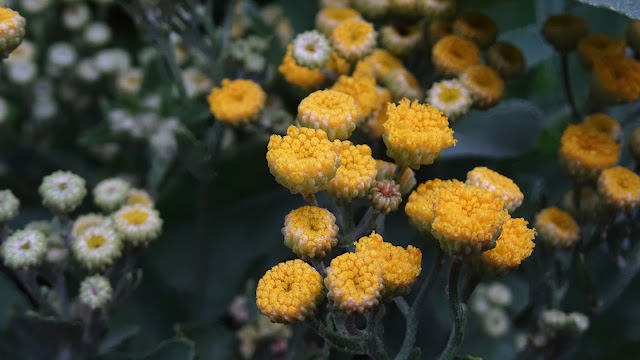