Gordes is a commune in the Vaucluse département in the Provence-Alpes-Côte d'Azur region in southeastern France. The residents are known as Gordiens. The nearest big city is Avignon; smaller cities nearby include Cavaillon, L'Isle-sur-la-Sorgue and Apt. The name "Gordes" derives from the Celtic word "Vordense". Vordense was pronounced Gordenses, then Gordae/Gordone, and finally Gòrda then translated into French "Gordes".

Standing on the edge of the plateau of Vaucluse, Gordes is one of the "in" villages of Luberon where many movie stars and artists have made their home. Its houses of white and gray stone rise up in a spiral around the rock where the village is set. At the very top is the church and the castle which face out onto the hills of the Luberon. Due to its privileged position, its exceptional charm and its typical architecture, Gordes has been listed as "one of the most beautiful villages of France". Gordes is without a doubt worth seeing. The village has a world wide reputation due to its famous inhabitants, and Peter Mayle's book "A Year in Provence" certainly helped. 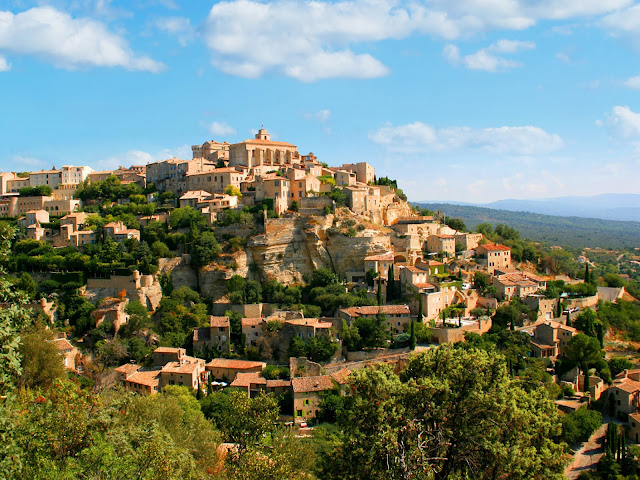 Posted by Melbourne Australia Photos at 06:13:00