Olearia is a genus of flowering plants belonging to the family Asteraceae. There are about 130 different species within the genus found mostly in Australia, New Guinea and New Zealand. The genus includes herbaceous plants, shrubs and small trees. The latter are unusual among the Asteraceae and are called Tree daisies in New Zealand. All bear the familiar daisy-like composite flowerheads. The genus is named after Johann Gottfried Olearius, a 17th-century German scholar and author of Specimen Florae Hallensis.

Olearia phlogopappa, the dusty daisy-bush shown here, occurs in open forest, woodland, heath and coastal shrubland in New South Wales, Victoria, and Tasmania. It grows to between 0.3 and 3 metres in height. The leaves are quite variable, but are usually grey-green with minute hairs on the underside which impart a whitish or yellowish appearance. The leaf margins are often bluntly toothed. White, pink or mauve "daisy" flower heads around 20–25 mm in diameter are mainly produced in spring and early summer. 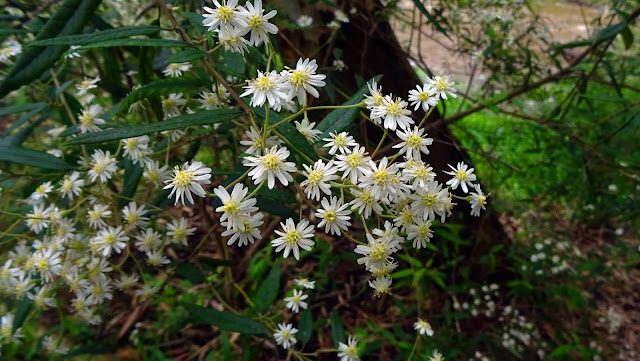 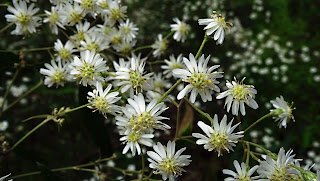 Posted by Melbourne Australia Photos at 06:53:00