The First Cemetery of Athens (Greek: Πρώτο Νεκροταφείο Αθηνών) is the official cemetery of the City of Athens and the first to be built. It opened in 1837 and soon became a luxurious cemetery for famous Greek people and foreigners. The cemetery is located behind the Temple of Olympian Zeus and the Panathinaiko Stadium in central Athens. It can be found at the top end of Anapafseos Street (Eternal Rest Street).

It comprises a large green, park-like space and is planted with pines and cypresses, traditional cemetery trees. In the cemetery there are three churches. The main is the Church of Saint Theodore and there is also a smaller one of Saint Lazarus. The third church is a Catholic church. There are separate burial areas for Protestants and for Jews. The cemetery includes the tomb of Heinrich Schliemann (archaeologist), designed by Ernst Ziller, the tomb of Ioannis Pesmazoglou (banker, economist and politician), that of Georgios Averoff, and the tomb of Sophia Afendaki, named I Kimomeni (the Sleeping Girl), with a famous sculpture by the sculptor Yannoulis Chalepas. The cemetery is under the jurisdiction of the Municipality of Athens and is declared a historical monument. 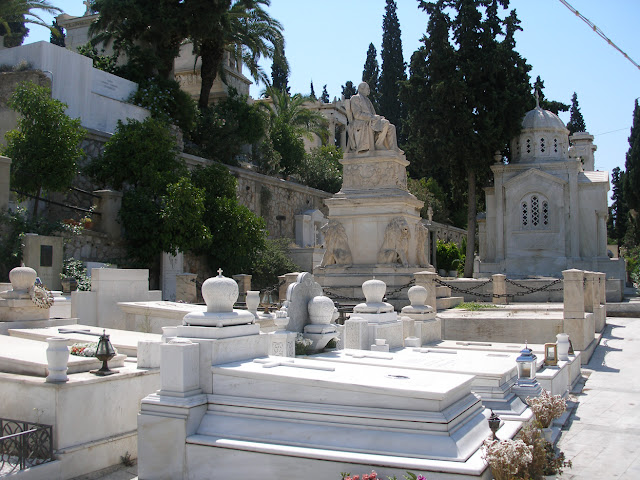 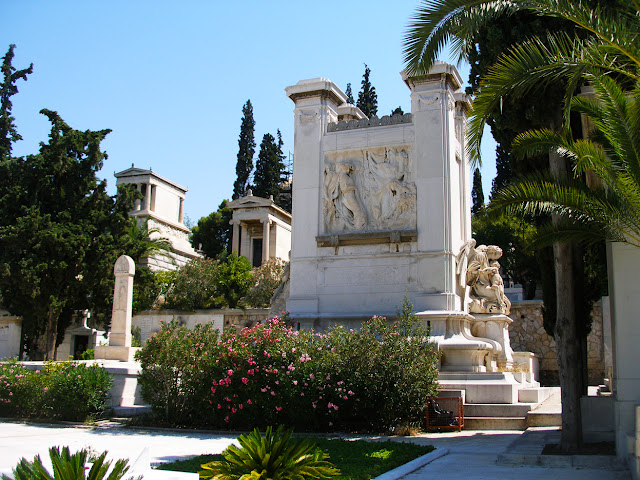 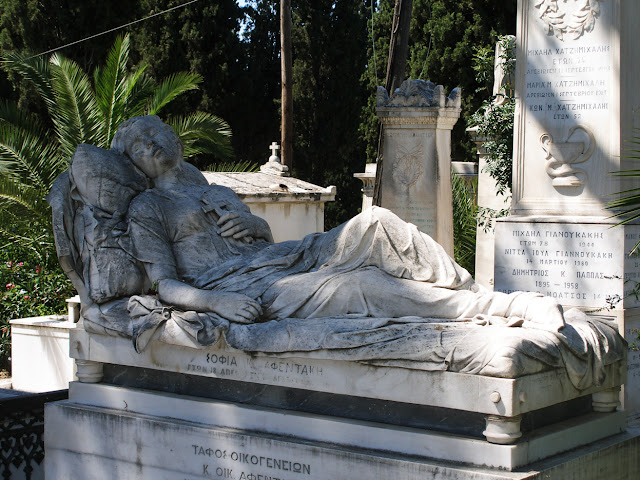 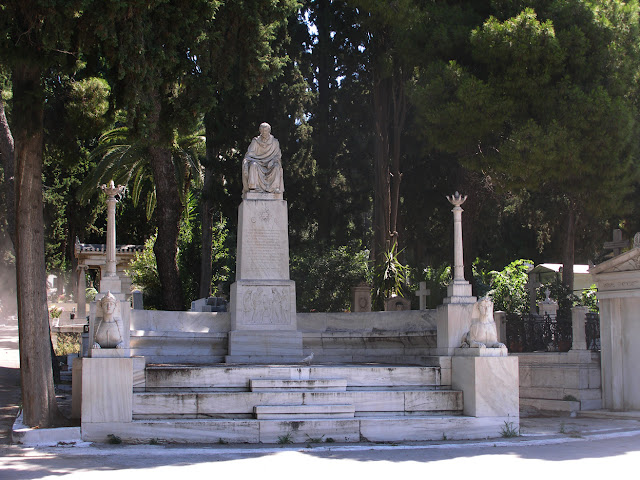 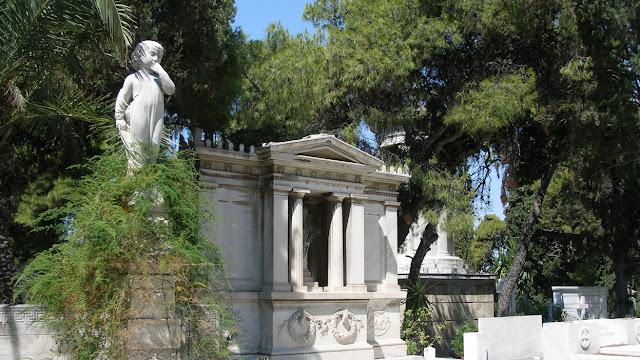 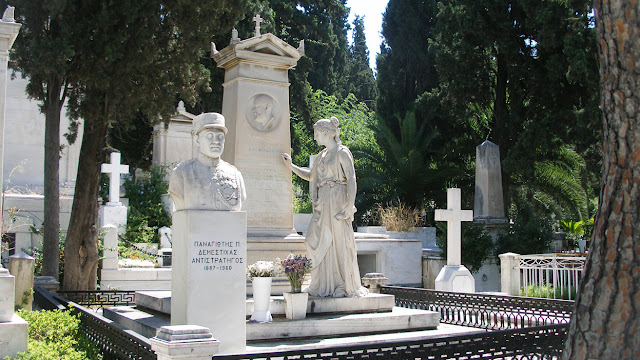 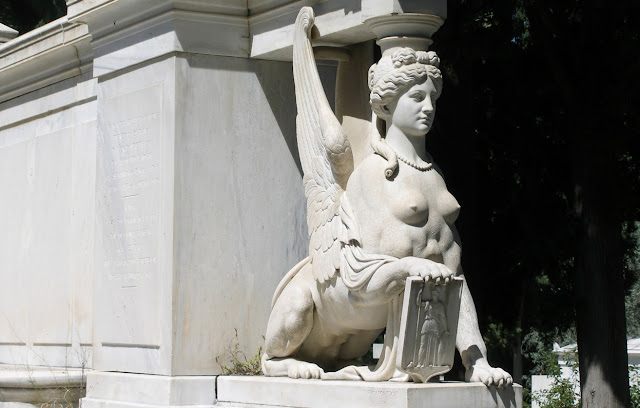 Posted by Melbourne Australia Photos at 04:51:00