The quokka (Setonix brachyurus), the only member of the genus Setonix, is a small macropod about the size of a domestic cat. Like other marsupials in the macropod family (such as kangaroos and wallabies), the quokka is herbivorous and mainly nocturnal.

Quokkas can be found on some smaller islands off the coast of Western Australia, in particular on Rottnest Island just off Perth and Bald Island near Albany. A small mainland colony exists in the protected area of Two Peoples Bay Nature Reserve, where they co-exist with the critically endangered Gilbert's potoroo. 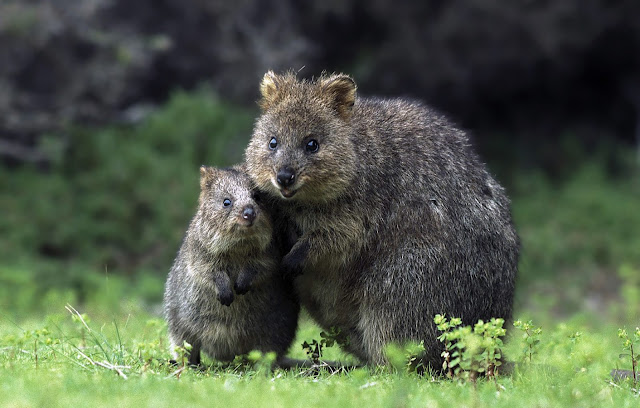 Posted by Melbourne Australia Photos at 06:27:00