Mount Conner, also known as Attila and Artilla, and occasionally found as Mount Connor, is an Australian mountain far into the outback of Central Australia. It is located in the southwest corner of the Northern Territory, 75 kilometres southeast of Lake Amadeus at the border of the vast Curtin Springs cattle station in Pitjantjatjara country. It reaches to 859 metres above sea level and to 300 metres above ground level.

Mount Conner is a flat-topped and horseshoe-shaped inselberg/mesa, part of the same vast rocky substrate thought to be beneath Uluru/Ayers Rock and Kata Tjuta/Olgas. It can easily be confused with Uluru, since it can be seen from the road to Uluru and Kata Tjuta, when approaching from Alice Springs. It was named Mount Conner by William Gosse in 1873 after South Australian politician M. L. Conner. 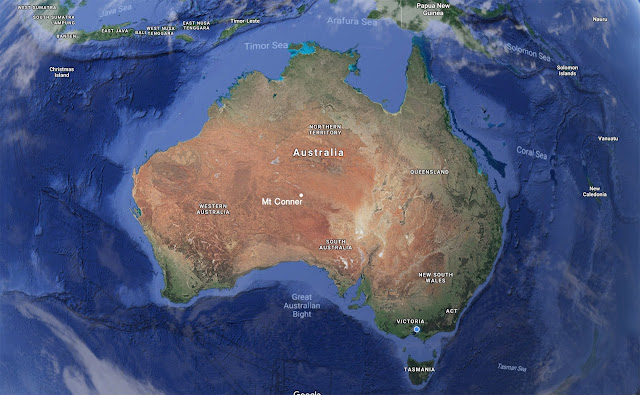 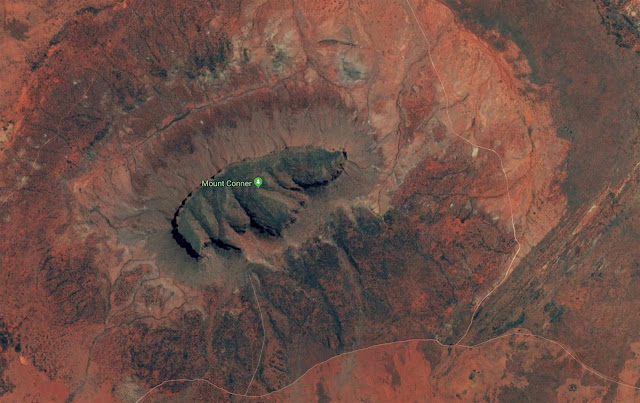 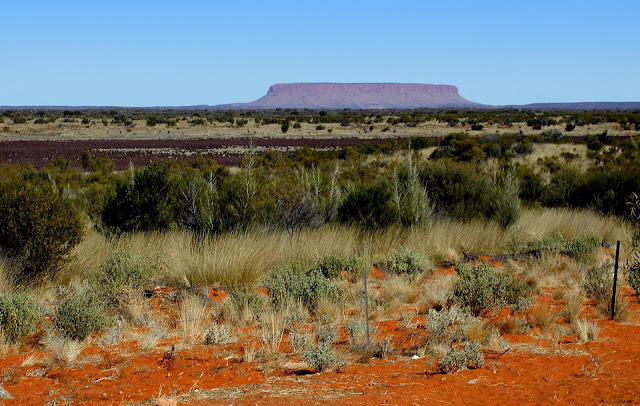 Posted by Melbourne Australia Photos at 06:32:00