Pyrus calleryana, the Callery pear known in the USA as the Bradford Pear, is a species of pear native to China and Vietnam, in the family Rosaceae. It is a deciduous tree growing to 5 to 8 m tall, often with a conic to rounded crown.

The leaves are oval, 4 to 8 cm long, glossy dark green above, and slightly paler below. The white, five-petaled flowers are about 2 to 2.5 cm in diameter. They are produced abundantly in early spring, before the leaves expand fully. The fruits of the Callery pear are small (less than one cm in diameter), and hard, almost woody, until softened by frost, after which they are readily taken by birds, which disperse the seeds in their droppings.

In summer, the foliage is dark green and very smooth, and in autumn the leaves commonly turn brilliant colours, ranging from yellow and orange to more commonly red, pink, purple, and bronze. Their dense clusters of white blossoms are conspicuous and very pretty in early spring, however their smell is commonly found unpleasant by many people (me included!). The smell is often described as 'fishy' and 'putrid'. 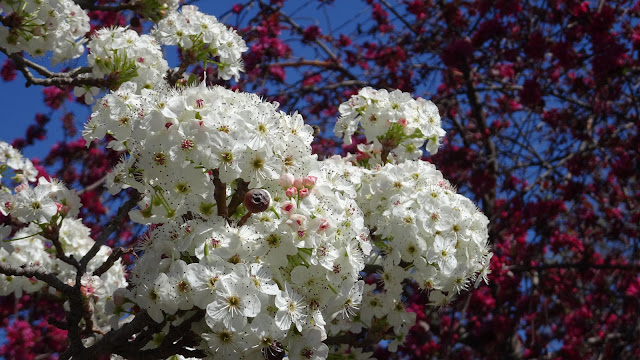 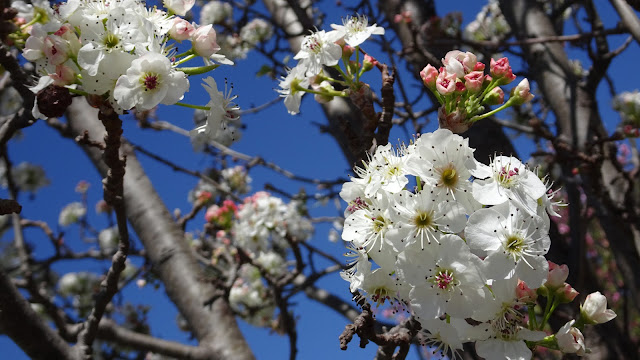 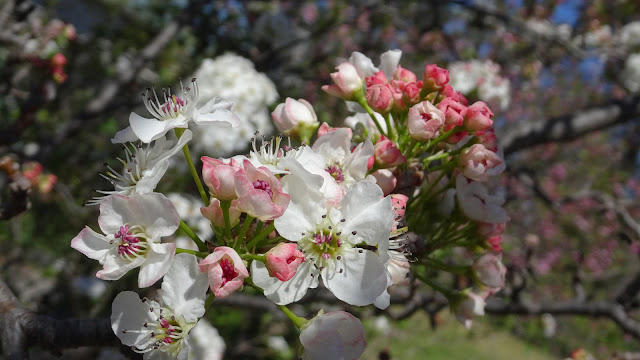 Posted by Melbourne Australia Photos at 07:22:00