The chestnut teal is commonly distributed in south-eastern and south-western Australia, while vagrants may occur elsewhere. Tasmania and southern Victoria are the species’ stronghold, while vagrants can be found as far north as New Guinea and Lord Howe Island. The chestnut teal prefers coastal estuaries and wetlands, and is indifferent to salinity. This bird is an omnivore.

Chestnut teals form monogamous pairs that stay together outside the breeding season, defend the nest site and look after the young when hatched. Nests are usually located over water, in a down-lined tree hollow about 6–10 m high. Sometimes nests are placed on the ground, among clumps of grass near water. The young hatch and are ready to swim and walk within a day. 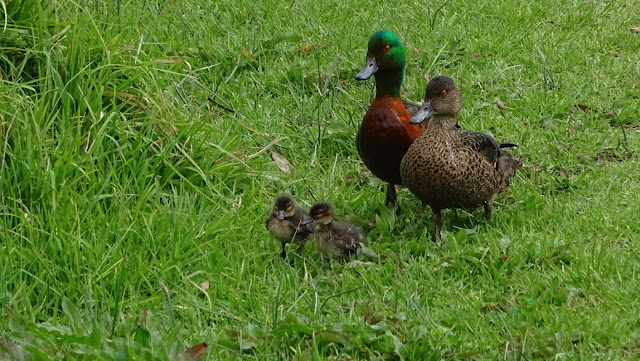 Posted by Melbourne Australia Photos at 02:49:00