Lourdes (Lorda in Occitan) is a small market town lying in the foothills of the Pyrenees. It is part of the Hautes-Pyrénées department in the Occitanie region in south-western France. Prior to the mid-19th century, the town was best known for the Château fort de Lourdes, a fortified castle that rises up from a rocky escarpment at its centre.

In 1858 Lourdes rose to prominence in France and abroad due to the Marian apparitions seen by the peasant girl Bernadette Soubirous, who was later canonised. Shortly thereafter the city with the Sanctuary of Our Lady of Lourdes became one of the world’s most important sites of pilgrimage and religious tourism. Today Lourdes hosts around six million visitors every year from all corners of the world. This constant stream of pilgrims and tourists transformed quiet Lourdes into the second most important centre of tourism in France, second only to Paris, and the third most important site of international Catholic pilgrimage after Rome and the Holy Land. As of 2011, of French cities only Paris had more hotel capacity.

Yearly from March to October the Sanctuary of Our Lady of Lourdes is a place of mass pilgrimage from Europe and other parts of the world. The spring water from the grotto is believed by some to possess healing properties. An estimated 200 million people have visited the shrine since 1860, and the Roman Catholic Church has officially recognised 69 healings considered miraculous. Cures are examined using Church criteria for authenticity and authentic miracle healing with no physical or psychological basis other than the healing power of the water.

Tours from all over the world are organised to visit the Sanctuary. Connected with this pilgrimage is often the consumption of or bathing in the Lourdes water which wells out of the Grotto. At the time of the apparitions the grotto was on common land which was used by the villagers variously for pasturing animals, collecting firewood and as a garbage dump, and it possessed a reputation for being an unpleasant place.

We stand united with Parisians, and all civilised people around the world, sharing their loss of one of the great cultural monuments of the world, the Nôtre Dame of Paris. The cathedral will arise anew from its ashes and continue to symbolise culture and civilisation, faith and enlightenment, sensitivity and broad-mindedness. 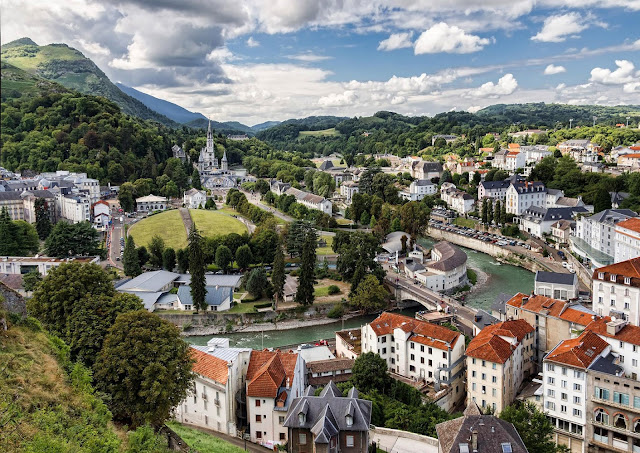