Luxembourg (Luxembourgish: Lëtzebuerg; German: Luxemburg), officially the Grand Duchy of Luxembourg, is a landlocked country in western Europe. It is bordered by Belgium to the west and north, Germany to the east, and France to the south. Its capital Luxembourg City is together with Brussels and Strasbourg one of the three official capitals of the European Union and seat of the European Court of Justice, highest juridical instance in the EU.

Its culture, people and languages are highly intertwined with its neighbours, making it essentially a mixture of French and Germanic cultures. The repeated invasions by its neighbour countries, especially in World War II, resulted in the country’s strong will for mediation between France and Germany and led to the foundation of the European Union. It comprises two principal regions: The Oesling in the north as part of the Ardennes massif, and the Gutland (“Good Land”) in the south.

With an area of 2,586 square kilometres it is one of the smallest sovereign states in Europe (about the same size as the state of Rhode Island or the English county of Northamptonshire). Luxembourg had a population of 524,853 in October 2012, ranking it the 8th least-populous country in Europe. As a representative democracy with a constitutional monarch, it is headed by a grand duke, Henri, Grand Duke of Luxembourg, and is the world’s only remaining grand duchy.

Luxembourg is a developed country, with an advanced economy and the world's highest GDP (PPP) per capita, according to the United Nations in 2014. Its central location has historically made it of great strategic importance to numerous powers, dating back to its founding as a Roman fortress, its hosting of a vital Frankish castle during the Early Middle Ages, and its role as a bastion for the Spanish Road between the 16th and 17th centuries.

Luxembourg is a founding member of the European Union, OECD, United Nations, NATO, and Benelux, reflecting its political consensus in favour of economic, political, and military integration. The city of Luxembourg, which is the country’s capital and largest city, is the seat of several institutions and agencies of the EU. Luxembourg served on the United Nations Security Council for the years 2013 and 2014, which was a first in the country’s history. In 2016, Luxembourgish citizens had visa-free or visa-on-arrival access to 172 countries and territories, ranking the Luxembourgian passport 6th in the world, tied with states like Canada or Switzerland. 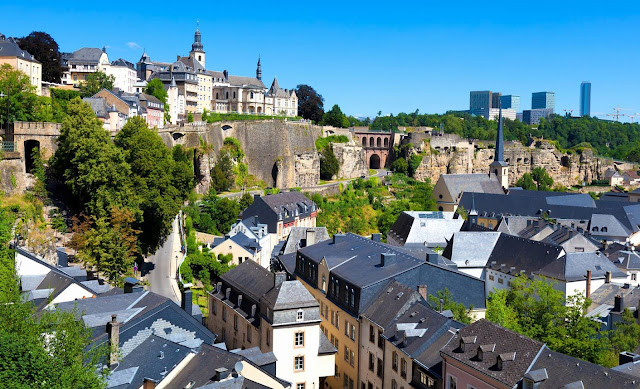 Posted by Melbourne Australia Photos at 00:15:00