An apparatus using mechanical power and having several parts, each with a definite function and together performing a particular task: A complex machine with many small moving parts is difficult to fix if it breaks down. 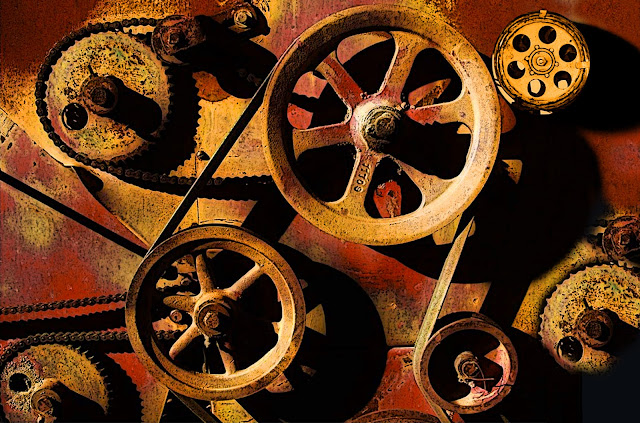 Posted by Melbourne Australia Photos at 05:07:00