The Black Swan (Cygnus atratus) is a large waterbird, a species of swan, which breeds mainly in the southeast and southwest regions of Australia. The species was hunted to extinction in New Zealand, but later reintroduced. Within Australia they are nomadic, with erratic migration patterns dependent upon climatic conditions. Black Swans are large birds with mostly black plumage and red bills. They are monogamous breeders that share incubation duties and cygnet rearing between the sexes.

Described scientifically by English naturalist John Latham in 1790, the Black Swan was formerly placed into a monotypic genus, Chenopis. Black Swans can be found singly, or in loose companies numbering into the hundreds or even thousands.  Black Swans are popular birds in zoological gardens and bird collections, and escapees are sometimes seen outside their natural range. This specimen was snapped at the Melbourne Botanical Gardens. 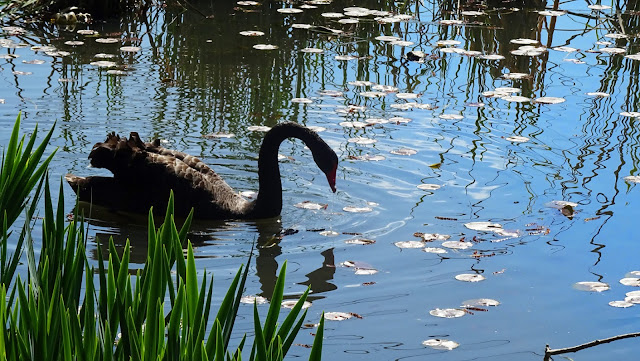 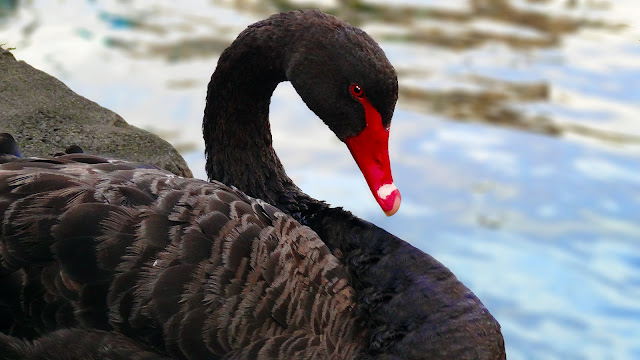