Prostanthera magnifica, commonly known as Magnificent Prostanthera, is a flowering plant in the family Lamiaceae. It is endemic to Western Australia. The species is a shrub growing to between 0.4 and 2.5 metres high. The flowers are mauve to pink and are framed by large, purplish-red calyces. These appear between August and November in the species native range.

The species was first formally described by botanist Charles Austin Gardner in 1942 in Journal of the Royal Society of Western Australia. The species occurs in woodland on sand, loam or clay soils. Prostanthera magnifica prefers a sunny or partly shaded position in well drained soil. It is sensitive to both frost and humidity. Propagation is successful from both seed and cuttings, though seed germination is slow. Grafting is often used to produce a longer living plant with rootstocks including Westringia fruticosa and Prostanthera striatiflora. The latter gives rise to plants with a longer flowering period and less unwanted growth below the graft. 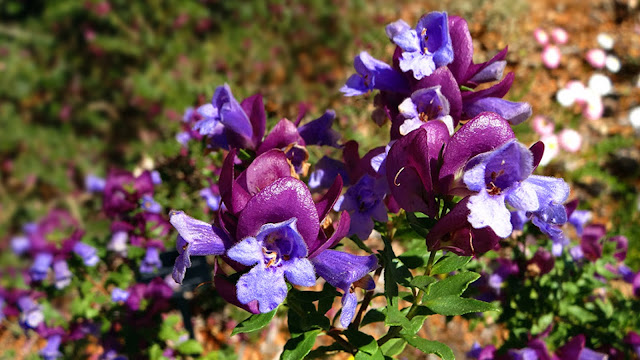