The tulip is a perennial, bulbous plant with showy flowers in the genus Tulipa, which comprises 109 species and belongs to the family Liliaceae. The genus's native range extends from as far west as Southern Europe, North Africa, Anatolia, and Iran to the Northwest of China. The tulip's centre of diversity is in the Pamir, Hindu Kush, and Tien Shan mountains. A number of species and many hybrid cultivars are grown in gardens, as potted plants, or to display as fresh-cut flowers. Most cultivars of tulip are derived from Tulipa gesneriana.

Tulip mania or tulipomania (Dutch names include: tulpenmanie, tulpomanie, tulpenwoede, tulpengekte and bollengekte) was a period in the Dutch Golden Age during which contract prices for bulbs of the recently introduced tulip reached extraordinarily high levels and then suddenly collapsed. At the peak of tulip mania, in February 1637, some single tulip bulbs sold for more than 10 times the annual income of a skilled craftsman. It is generally considered the first recorded speculative bubble (or economic bubble). The term "tulip mania" is now often used metaphorically to refer to any large economic bubble (when asset prices deviate from intrinsic values). 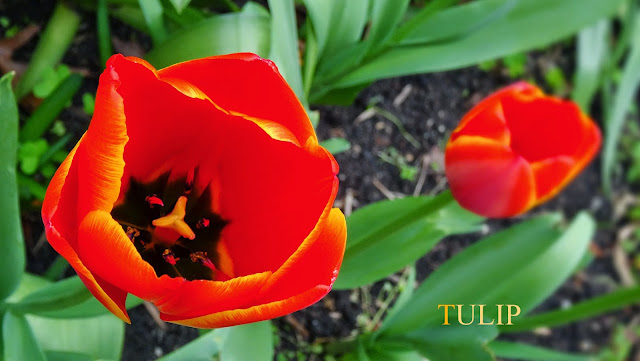 Posted by Melbourne Australia Photos at 05:40:00