Rainbow lorikeets have been introduced to Perth, Western Australia; Auckland, New Zealand; and Hong Kong. These fine specimens were perching on a nesting box in the Darebin Parklands in suburban Melbourne. 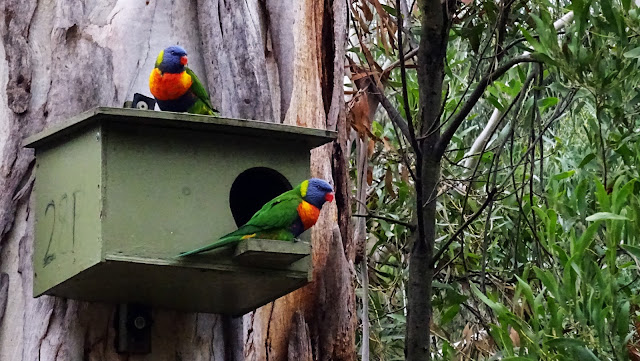 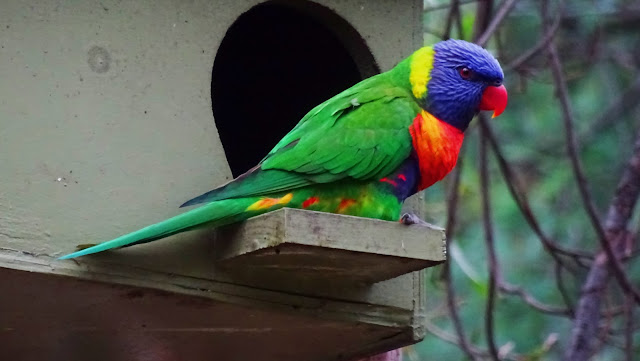