Achillea millefolium, commonly known as yarrow or common yarrow, is a flowering plant in the family Asteraceae. It is native to temperate regions of the Northern Hemisphere in Asia, Europe, and North America. It has been introduced as a feed for live stock in places like New Zealand and Australia. However, it is a weed in those places and sometimes also in its native regions.

In New Mexico and southern Colorado, it is called plumajillo (Spanish for 'little feather') from its leaf shape and texture. In antiquity, yarrow was known as herba militaris, for its use in stanching the flow of blood from wounds. Other common names for this species include gordaldo, nosebleed plant, old man's pepper, devil's nettle, sanguinary, milfoil, soldier's woundwort, thousand-leaf, and thousand-seal. 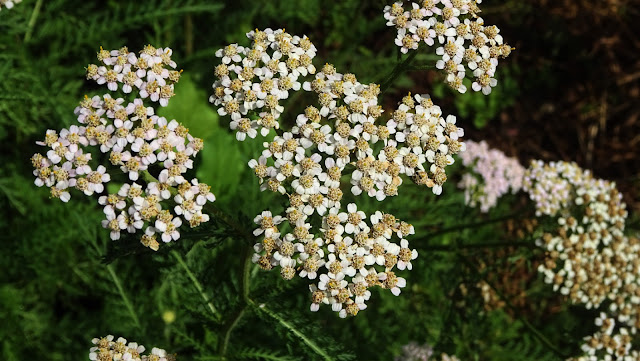 Posted by Melbourne Australia Photos at 06:34:00