The Church of Saint Demetrios, or Hagios Demetrios (Greek: Άγιος Δημήτριος), is the main sanctuary dedicated to Saint Demetrios, the patron saint of Thessaloniki (in Central Macedonia, Greece), dating from a time when it was the second largest city of the Byzantine Empire. It is part of the site Palaeochristian and Byzantine Monuments of Thessaloniki on the list of World Heritage Sites by UNESCO since 1988.

The first church on the spot was constructed in the early 4th century AD, replacing a Roman bath. A century later, a prefect named Leontios replaced the small oratory with a larger, three-aisled basilica. Repeatedly gutted by fires, the church eventually was reconstructed as a five-aisled basilica in 629–634 AD. This was the surviving form of the church much as it is today. The most important shrine in the city, it was probably larger than the local cathedral. The historic location of the latter is now unknown.

Following the Great Fire of 1917, it took decades to restore the church. A Ciborium, a small shrine inside the church, contains the remnants of St. Demetrius. Archeological excavations conducted in the 1930s and 1940s revealed interesting artefacts that may be seen in a museum situated inside the church's crypt. The excavations also uncovered the ruins of a Roman bath, where St. Demetrius was said to have been held prisoner and executed. A Roman well was also discovered. Scholars believe this is where soldiers dropped the body of St. Demetrius after his execution.

After restoration, the church was reconsecrated in 1949. As the level of the ground gradually rose over the centuries, this area of the Saint's martyrdom acquired the form of a crypt. According both to tradition and to archaeological findings, it was an old bathhouse, in which Demetrios was imprisoned and eventually martyred in ad 303.

In the 5th century, when the first Church of St Demetrios was built, the site of his martyrdom was incorporated into the church and the fountain was converted into a source of holy water. In the years that followed, the fountain acquired basins, from which the faithful could collect myron, the sweet-smelling oil produced by the saint’s relics. The crypt filled up with earth during the period of Ottoman rule and was not rediscovered until after the fire of 1917. It has been restored by the Archaeological Service and was converted into an exhibition space in 1988. 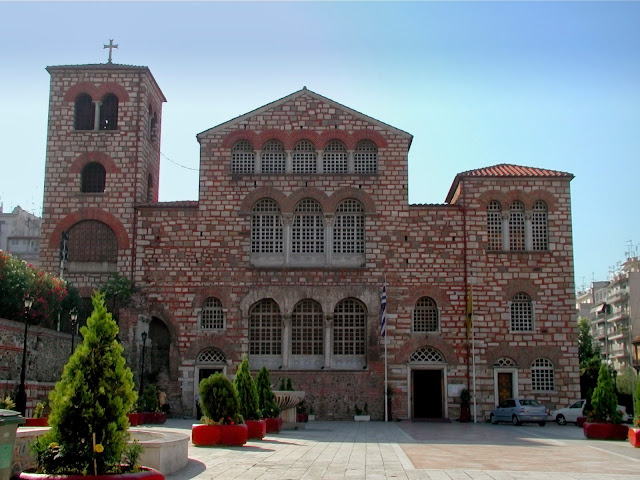 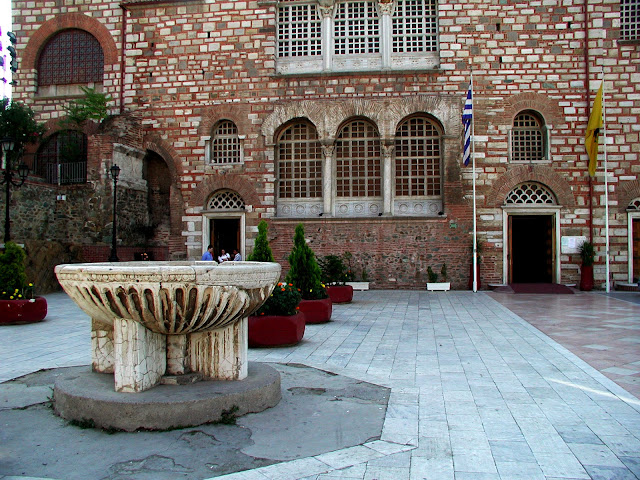 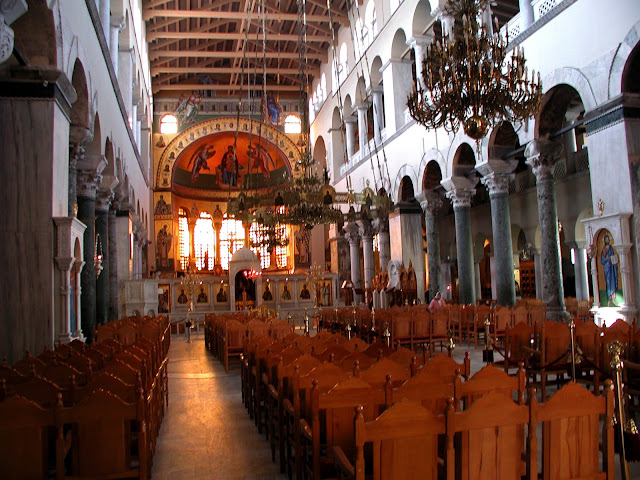 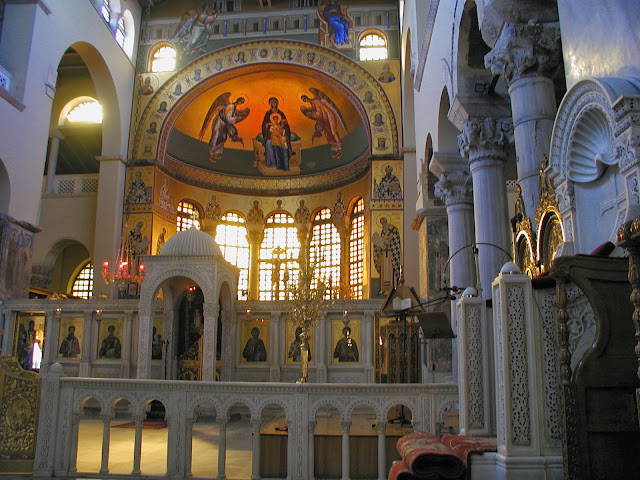 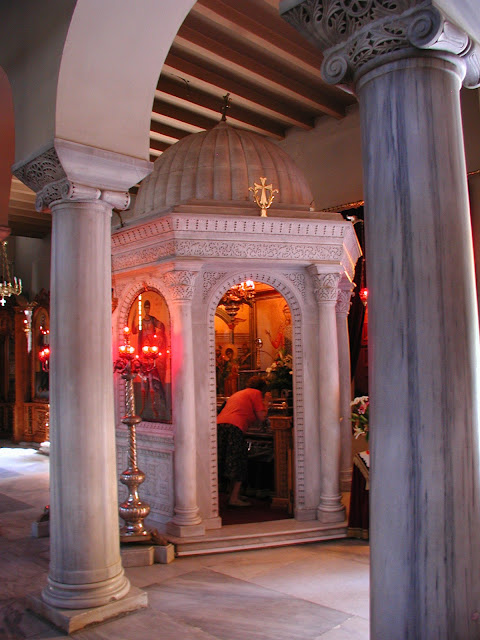 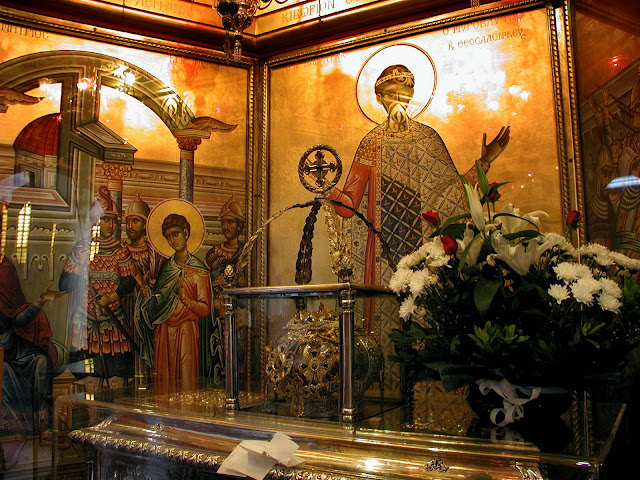 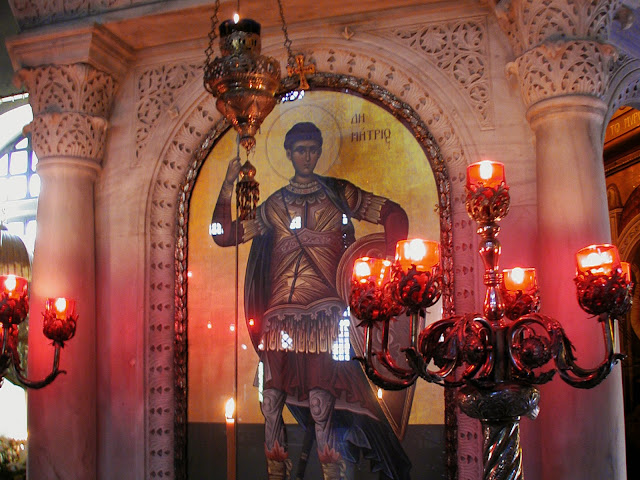 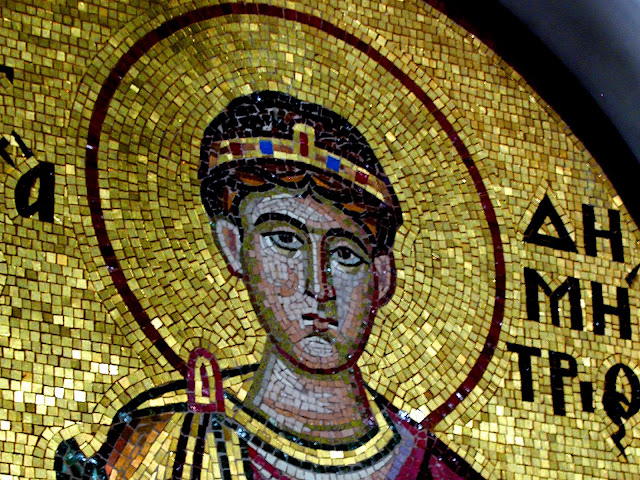 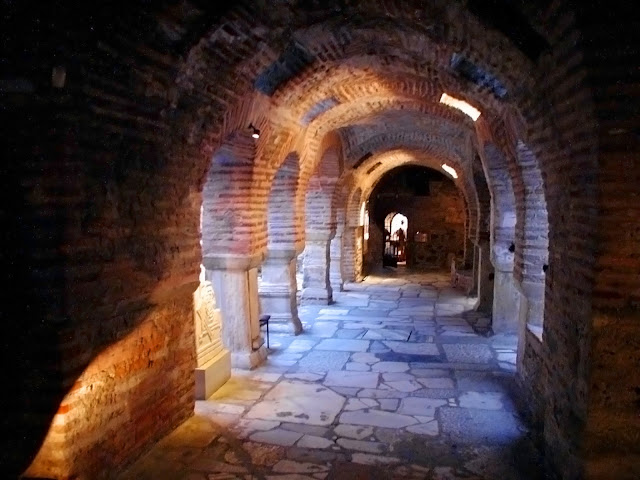 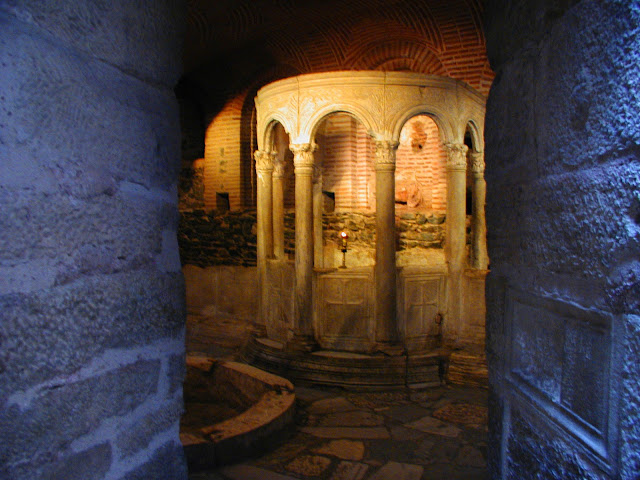 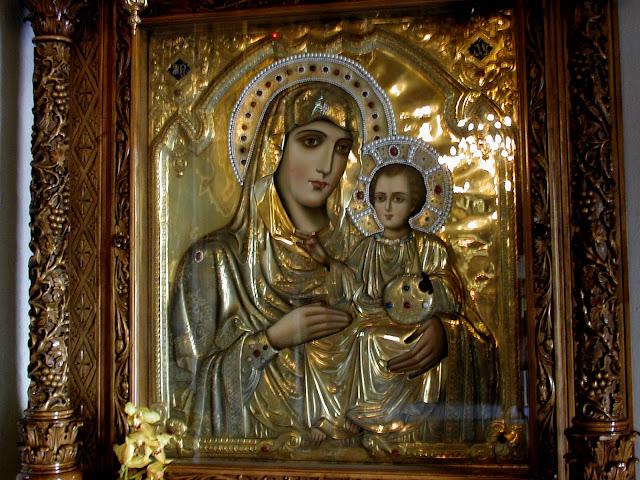