The nankeen night heron (Nycticorax caledonicus) also commonly referred to as the rufous night heron, and in Melanesia as Melabaob, is a medium-sized heron. It is found in Indonesia, the Philippines, Papua New Guinea, Melanesia, and throughout much of Australia except the arid inland. A small colony has also established near Wanganui, New Zealand.

The nankeen night heron stands about 60 cm tall with a stooped appearance. It is a stocky heron with rich cinnamon upperparts, white-buff underparts, a black crown, and yellow legs and feet. The head is large, the neck short (giving a stooped appearance), and the legs relatively short. During breeding the back of the head bears three white nuptial plumes. The bill is dark olive-green, and the eyes are yellow. Young birds are heavily spotted and streaked white, brown and orange-brown. As they mature, the black cap of the adult develops first, with the body plumage remaining streaked for some time.

It is not strictly nocturnal. It often feeds during the day, especially during wet weather. The bird is dependent on a diet of small fish, reptiles, insects and sometimes eggs. It can be seen around freshwater rivers, lakes, bulrushes, estuaries, harbours and in residential fishponds for goldfish. The species breeds in the period from September to April, building a nest platform out of sticks. It nests communally, near water. Two to five light green eggs are laid, with a 22-day incubation followed by a 42- to 49-day fledging period. Widespread throughout its large range, the nankeen night heron is evaluated as Least Concern on the IUCN Red List of Threatened Species. 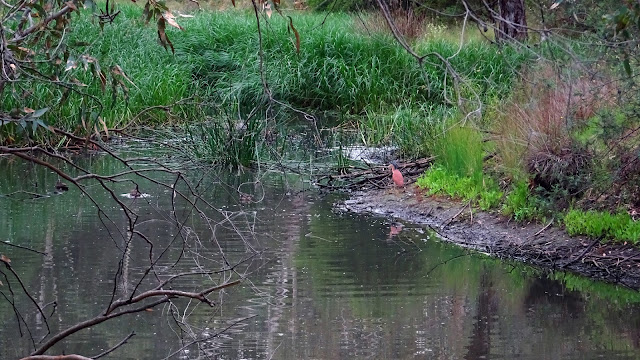 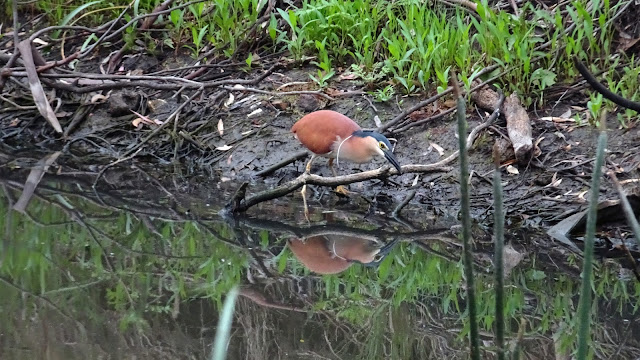 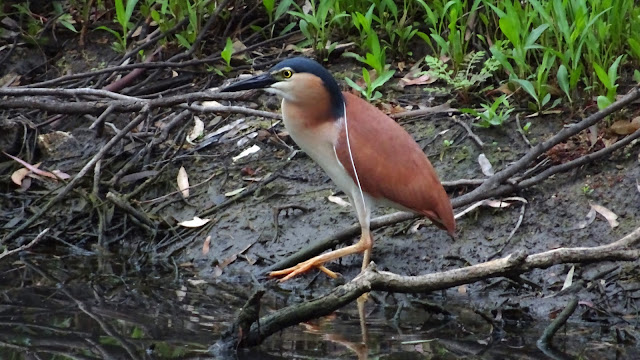 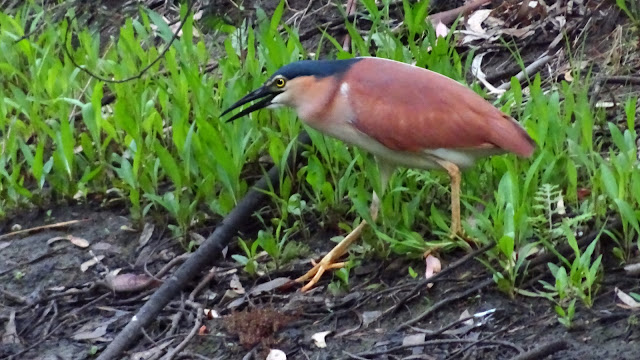 Posted by Melbourne Australia Photos at 04:50:00